Music lovers and fans of the Tamil film industry have never missed spreading the red carpet for the new initiatives. While many great illustrations are attributing this, Shyamalangan, an independent music artist from Australia witnessed the phenomenal reception for his indie music video titled ‘Azhahiya Thenarale’ in 2012. The song turned out to be a tremendous overnight success, which was evident with the video song scaling more than 2 million views in a short period, even when cyberspace was not so popular back in those days. 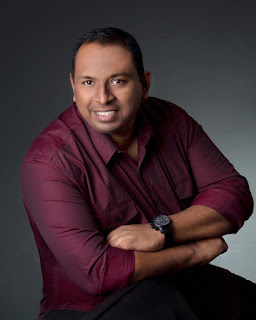 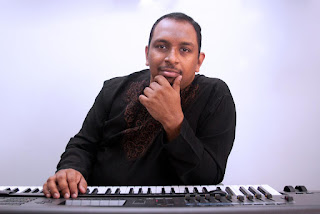 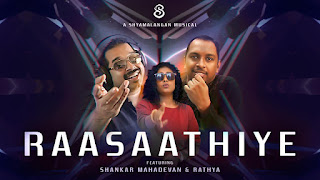 Marking the 10th anniversary and grand success of this song, Composer Shyamalangan has now unveiled a new music video of the song, but with a different music format. The song starts with the word ‘Rasathiye’ and is crooned by Shankar Mahadevan, the emperor of music vocals with a magnetizing appeal. Rap Artist Rathya has penned the lyrics and crooned the song alongside him. This recently released song has seen colossal success with the unconditional support and appreciation of music lovers.

The song is penned by Sri Lankan Rettai Paathi Sekar and Late Lyricist Na. Muthukumar. The earlier version released 10 years ago opens with the word ‘Azhahiya Thendrale’ and is now recreated with the new music format that begins with the word ‘Rasathiye’.

The concept of recreating the same song after 10 years of its original release with a new dimension and format is something completely new to the world of Tamil Music. This has created a plethora of praises for Shyamalangan.

Born in Sri Lanka, Shyamalangan migrated to Australia, where he recognized his passion for music and developed his knowledge while working in the IT industry. He has learned not only Western Music, Hindustani Music, and Carnatic Music, but has acquired proper knowledge about various forms of music across many countries.

Shyamalangi marks the 19th Janya Raga among the 74 Melkarta Ragas in Carnatic Music. He was named after this popular Raga.

Although located in Australia, he has collaborated with several popular Indian Music Artists. Besides, he has worked with leading music artists all over the world in his music.

Usually, Independent Music Albums are produced at a shoestring budget, but Shyamalangan has created the music album in grandeur by involving 40 popular musicians, which turned the global spotlight upon him. His recent release is now soaring high with positive reviews extolled by music critics.

Their word of appreciation goes this way – “Composer Shyamalangan's subtle individuality is revealed when listening to the song 'Azagiya Thenarale..' released a decade ago and the modern version of this song 'Rasathiye..'. In particular, the style of using rap music and rap songs with measure and meaning is commendable.”

Apart from the song 'Rasathiye..', Composer Shyamalangan has composed and released many other independent songs. He has composed and published songs not only in Tamil but also in other languages.

Shyamalankan, who firmly adheres to the principle that 'music is an inevitable stranger that travels parallel to us', continues to pursue uniqueness in composing and releasing independent songs.

When asked if he is using an Independent Music album as his ticket to enter the mainstream Tamil music industry, he says, “I can affirm that today, the film is part of my journey but not the absolute destination, because the journey of music lays before me with so many paths and journeys. Times are changing now and independent music has started witnessing a phenomenal reception. The business opportunities are getting bigger indeed. This is a domain where you can keep making music. There are many opportunities to explore and exhibit my potential here. My big goal is to connect with world musicians.