Lyric video of Kannagi 1st single 'Goppurane' that focuses on the phenomenon of female gaze out now.*

Produced by M.Ganesh and J.Dhanush under the banner of Skymoon Entertainment & E5 Entertainment, 'Kannagi' is a female-centric film starring Keerthy Pandian, Ammu Abirami, Vidya Pradeep and Shaalin Zoya. Vetri and Aadish are playing pivotal roles alongside them.

Yashwanth Kishore is directing the film, which Ramji is handling the camera and Sarath K, the editing. Shaan Rahman is composing the music for this film. 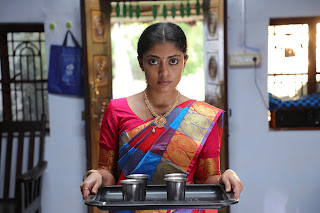 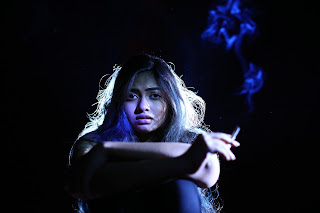 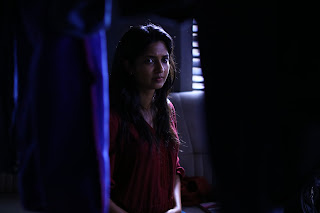 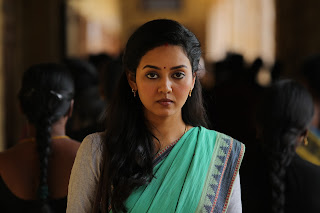 The lyric video of the first single from the film, 'Goppurane' was recently released. The song is penned by Karthik Netha and sung by Srinidhi. This lyric video is created by Gokul Venkat Raja of Zee Media Works.

Ammu Abirami is playing the role of Kalai, a young woman in this film which focuses on the different lives of four women. This song is based on the concept of how she, who is getting ready for marriage, faces the prospect of marriage.

Describing the song, Director Yashwanth Kishore says, “female gaze is very important in every woman's life. The song begins with Ammu Abhirami's family trying to get her married.  For what reasons is one of the bridegrooms whom the girl comes to see rejected and on what grounds is the other accepted as a bridegroom?  This song scene is a representation of the restrictions, expectations and disappointments of a bride in this event from the mind of a young girl named Kalai.

Posted by PadmaSabari at 01:48
Email ThisBlogThis!Share to TwitterShare to FacebookShare to Pinterest