New Zealand invites you to sing along with rock music legend

Recognising the power music has in bringing people together, New Zealand rallied the help of rock music icon Rod Stewart, to unite voices around the world virtually with a special performance of his hit song, Sailing, exclusively at the 36th America’s Cup in New Zealand.

Performing exclusively for Rock The Dock, a musical initiative to kick off the 36th America’s Cup in Auckland, New Zealand, international audiences can catch Sir Rod Stewart and sing along with the musical legend at 7.00am IST on Saturday, 13 March, by heading over to the official website. He will be performing Sailing, his inspiration ballad that soared the charts in 1975, on the importance of home and being with loved ones. 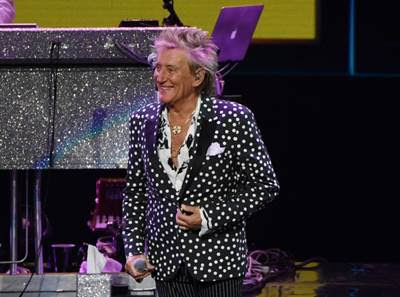 “New Zealand is incredibly proud to be hosting the 36th America’s Cup and supporting Emirates Team New Zealand as well as the teams who have come to compete. Aotearoa’s warm welcome and manaakitanga will be in full force as we cheer on our international friends at this special event. We look forward to welcoming back international visitors when the time is right,” says Tourism New Zealand, Interim Chief Executive, René de Monchy.

“We think Rod performing Sailing really captures this notion with its poignant and fitting lyrics, as well as Rod’s connection to New Zealand.”

The iconic rocker had a message for kiwis, rallying them to sing along with him wherever they are in a show of unity and support for the teams and their fans around the world​.

“I’m excited to be performing for the America’s Cup in New Zealand and Sailing is the perfect fit. With fans being unable to travel, I’m hoping that this special performance will remind us that we’re all in this together,” Says Sir Rod Stewart.

The bespoke performance will celebrate the beginning of racing in Auckland, as New Zealanders around the country tune in to witness the spectacle of the 36th America’s Cup, and surrounding excitement.

Auckland Unlimited, Chief Executive, Nick Hill commented, “We’re grateful to be in a position to host a major global sporting event amid a pandemic in Tamaki Makaurau Auckland. It’s not been without its challenges, but we know the world has been watching the amazing spectacle take place on the Hauraki Gulf and storing away these pictures for future travels. It seems only fitting to mark the start of the 36th America’s Cup with something special that brings the country together.”

To join us to singalong with Rod, tune in at www.newzealand.com/int/americas-cup/

Tourism New Zealand is the organisation responsible for marketing New Zealand as an international visitor destination.