T-Series' next single Guru Randhawa’s Surma Surmaft. Jay Sean
out now!
Last year, T-Series produced and presented Slowly Slowly not only had Guru Randhawa lending hismagical vocals to the number but also had international music icon Pit bull joining him on the song. The track became a super hit and was a chartbuster topping several music charts. Now Bhushan Kumar and T-Series have come up withone more track that features yet another global pop icon.

Guru returns to the mic and joining him this time will be English singer and songwriter Jay Sean, who has been synonymous with someblockbuster international tracks. The Lahore singer has been instrumental inbridging the gap between India and the West by getting renowned faces from the global music circuit and turned up the heat in T-Series numbers. 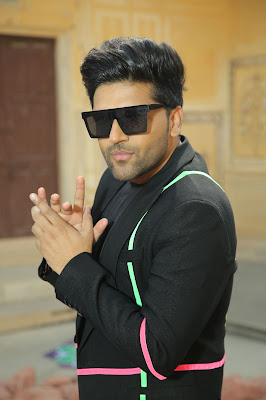 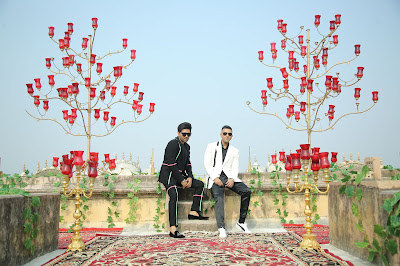 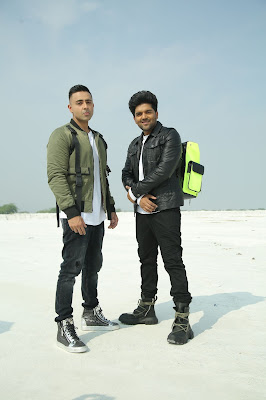 Surma Surma is another peppy, upbeat romantic song, shot beautifully in the colourful, vibrant locations of Rajasthan about which Gurushares, “I'm super stoked as it's myfirst single of the year and a collaboration with an artist, Jay Sean, whom Iadmire since childhood. Every time I work with another great artist, there isso much to learn and discover. Every artist brings their own flavor. We totally enjoyed working on this song together. This song has a very upbeat groovy vibeto it and I hope my fans will love it.”

Speaking about coming together with Guru, Jay Sean informs that “the collaboration with Guru and T-Series happened very “naturally' and 'organically.” “Surma Surma is such a vibe! Rythm and Blues (RnB) and desi collide beautifully in one track. It’s smooth and sexy and I love the way our voices sound over this production,” Jay Sean asserts. The song also features Brazilian model and actress Larissa Bonesi alongside Guru and Jay Sean.

DirectorGifty who helmed the picturisation of the song tells usthat he was initially very “apprehensive” during the shoot. “Since Jay Sean is an international artist Iwas not sure if he would agree to do everything we wanted but he surprised us.He was so co-operative about everything and that was the high point for mewhile shooting this video.”

Producer Bhushan Kumar, head honcho of one of the biggest musiclabel in the world, who has been the force behind many brilliant tracks, pointsout, “Guru is our amazing in house talentHe’s incredible. When Slowly Slowly happened with Pitbull last year, it turnedout to be a blockbuster success internationally. Today I'm very happy topresent Surma Surma which is going to be another chart topping number. We arealso happy that Jay Sean decided to come forward and join Guru for Surma Surma.He enjoys a huge fan following among Indian audiences and we wanted to bringhim closer home with Surma Surma.”

With music by Vee Music, Guru has written, sung and composed thesong while Jay Sean, who's written the English lyrics, has sung the song alongwith him.

Surma Surma is out now on T-Series' YouTube channel.
Posted by PadmaSabari at 07:12