Tulsi Kumar adds to her skill set; learns the cello and contemporary dance form for her latest single, ‘Naam’
Riding high on the success of her recent single Tere Naal, the very Versatile Tulsi Kumar whose conquering the independent scene of music is all set with her next. The singer, who has several blockbuster songs to her credit, including Tera Ban Jaunga (Kabir Singh) , O Saki Saki (Batla House ) Soch Na Sake (Airlift) among others, now has a special surprise for her fans across the country . 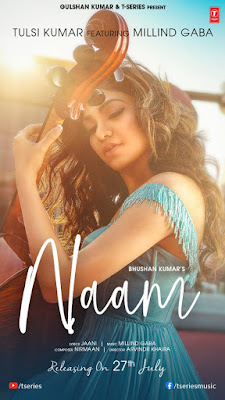 The singer will be seen not only playing the cello but also performing contemporary dance in her latest single ‘Naam’ also featuring the successful singer Millind Gaba. Tulsi has left no stone unturned in giving a treat to her audiences with her newly learnt skills. 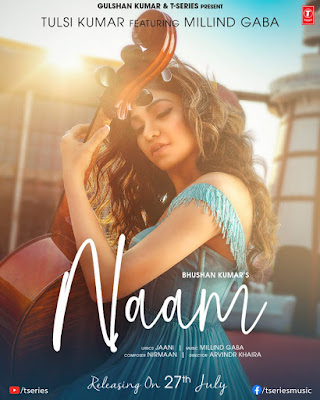 Presented by Bhushan Kumar’s T-Series and penned by Jaani of Pachtaoge fame, the romantic song touches base with listeners’ human side and connects with the simple emotion of unconditional love. Naam that is composed by Nirmaan and music by Millind will show you how ‘love always finds its way back’ that’s directed by Arvindr Khera. 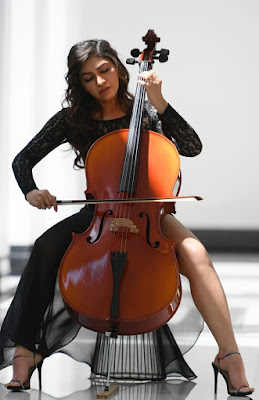 For the video, Tulsi Kumar trained in contemporary dance with her choreographer Shreoshi for a few weeks and also juggled by taking Cello lessons, so as to do justice to her character in the music video. Talking about her first-time experiences, singer Tulsi Kumar says, “This song has a grand music production with a wide string section, cello portions and various other instruments so it’s a musically rich track.

In the video I play a girl who is inclined towards music and plays the cello .I took lessons to play the Instrument, from understanding how to hold this grand instrument, to playing it in a basic way. The video also has a chunk of contemporary dance and while I’m not a trained dancer, I always leaned towards it and loved to learn . When we decided to include a contemporary dance section for this particular video , I trained with my Choreographer for a few days as this form of dance is very intricate has certain techniques like lifts and turns  etc involved, hence learning and training beforehand was essential.”


Bhushan Kumar's Naam, is a song of unconditional love penned by Jaani and vocals by Tulsi Kumar and Millind Gaba. The single will be out on 27th July 2020 on T-Series' YouTube channel. 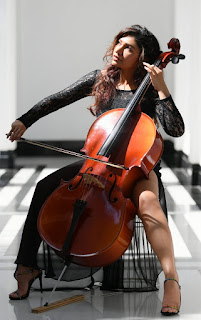