Dhvani Bhanushali's Vaaste becomes the only Indian song in the Top 10 most
liked music videos on YouTube Rewind 2019
Dhvani Bhanushali has been creating a storm online with back to back hits such as ‘Dilbar
from Satyamev Jayate’, ‘Duniya from Luka Chuppi’, ‘Laila from Notebook’, ‘Psycho Saiyaan
from Saaho’ and many more. The young starlet rose to fame after her single, Vaaste, crossed
50 million views on YouTube in just a week after its release. Not only did the song become
the most liked Indian song on YouTube, but it has been viewed over 600 million times and
has 5.7 million+ likes. 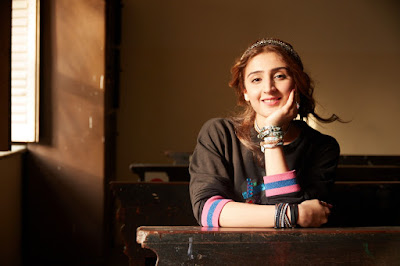 Recently, Vaaste became the only Indian song to be featured on Top 10 most liked music
videos on YouTube Rewind List and the singer couldn’t have been more ecstatic. Sharing
her excitement and gratitude, Dhvani took to her official social media and wrote, “Indeed a
fairytale ending to this year as well. Thank you #YouTubeRewind!”
Produced by Bhushan Kumar and directed by Radhika Rao and Vinay Sapru, the song was
sung by the 21-year-old singer as well as Nikhil D’sSouza. Featuring Dhvani Bhanushali and
Siddharth Gupta, Vaaste was released in April 2019 and has been on the record-breaking
spree ever since
Posted by PadmaSabari at 03:07