In gesture that heralds a new era for Indian and Georgian relationship, India’s External Affairs Minister, Dr. S. Jaishankar handed over the Holy Relic of St. Queen Ketevan to the Government and the people of Georgia upon his arrival to the Georgian capital Tbilisi on the 9th of July.

In a grand ceremony organized by the Georgian Government, Dr. Jaishankar upon his arrival at Tbilisi airport handed over the Holy Relic of St. Queen Ketevan to the people of Georgia in the presence of His Holiness and Beatitude Ilia II, Catholicos-Patriarch of All Georgia and the Prime Minister of Georgia H.E. Irakli Garibashvili.

Describing the ceremony as an emotional moment, the External Affairs Minister tweeted, “Warmly welcomed in Tbilisi by FM  @DZalkaliani. Blessed to hand over the holy relics of St. Queen Ketevan to the people of Georgia.”

St. Queen Ketevan was a 17th century Georgian Queen who attained martyrdom and is widely revered in the Christian majority country. Her relics were found in 2005 at the St. Augustine Convent in Old Goa, India, on the basis of medieval Portuguese records. Believed to have been brought to Goa in 1627 and interred in St. Augustine Complex, the relics’ authenticity was confirmed by the Archaeological Survey of India and the Centre for Cellular and Molecular Biology, Hyderabad, who undertook a DNA analysis. 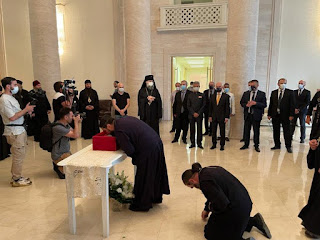 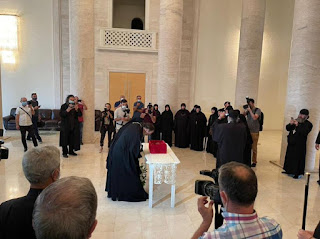 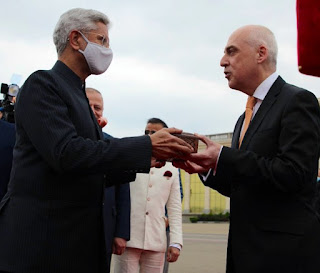 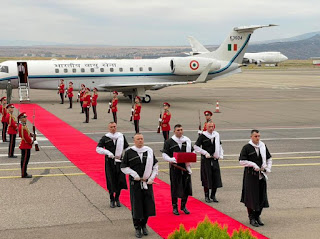 In 2017, at the request of the Georgian Government, India sent the Relics to Georgia for a yearlong exhibition at various churches in Georgia. Considering the persistent request from the Georgian government for permanent transfer of the Holy Relics and also taking into account the historical, religious and spiritual sentiments that are attached to the St. Queen Ketevan by the Georgian people, Government of India in gesture that has resonated deeply with the people of Georgia decided to gift one part of Holy Relics to the Government and people of Georgia.

The External Affairs Minister is on a two-day visit to Georgia starting 9th July, during which will have bilateral meeting with his counterpart as well as other senior Government dignitaries.  This bilateral visit is particularly significant because it is first time an Indian External Affairs Minister has visited Georgia since its independence from the Soviet Union in 1991.