The Guardians of New Zealand's Rare, Remote and

The Guardians of New Zealand's Rare, Remote and Remarkable

On World Conservation Day, New Zealand celebrates the work
undertaken to protect some of the country’s most precious species and their homes

New Zealand is a paradise for flora and fauna, and unique due to its evolution in isolation for millions of years. Today, On July 28, World Conservation Day, New Zealand acknowledges all the inspiring individuals protecting species, passionate about preserving and celebrating them in the only place they exist, for future generations.

When Graeme Atkins listened to tales from his grandmother as a child, he had no idea he would later make his career from them. Working as a ranger for the Department of Conservation for the last 30 years, Graeme protects some of New Zealand’s rarest plants and most remarkable lands.

His passion for taonga (treasure) and rongoā (traditional Māori medicine and medicinal use of plants), his protection for rare native plants such as white kakabeak/ngutukaka, the native iris mikoikoi, and dactylanthus plus his advocacy for restoring the health of the forests of the Raukūmara Range led him to receive New Zealand’s most prestigious conservation award last year, the Loder Cup. The Minister of Conservation at the time, Eugenie Sage called him “a true kaitiaki for indigenous biodiversity”

Graeme's work and advocacy for restoring the health of the forests of the Raukūmara Range has helped secure a $34 million investment in Te Raukūmara Pae Maunga project. 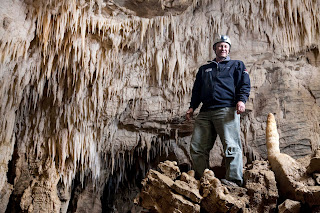 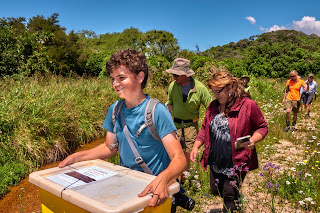 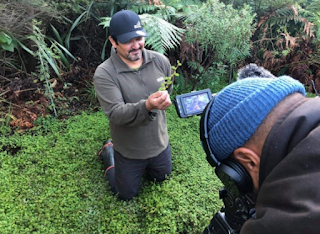 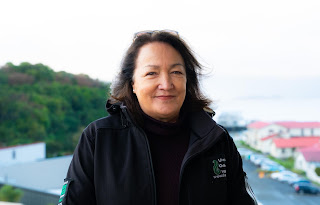 “80% of our plants grow only in New Zealand. Not to mention all the insects, lizards, bats, and birds that live nowhere else. Natives have to come first. Once we’ve lost special things from here, they’re gone for good. We have a moral responsibility to do what we can to get them to stay around for future generations.”

It’s not common to identify a new bird population before you’re 18 years old. But Bradley Shields isn’t your average teenager. Noticing footprints in the mud on the edge of a swamp in an area of Nelson Tasman called Hadfield’s Clearing, it sparked an idea in Bradley to set up trail cameras and find out if his prediction of new a population was accurate.

“Because of a large kahikatea swamp in the area, it’s very rough and difficult to get into. It takes an hour to travel 100m. You get mud up to your knees in most parts, and you can’t see more than a metre in front of you at times.”

Around a month later they collected the cameras, and the footage confirmed the spotless crake was present. It’s a significant discovery for a bird at risk due to its declining numbers, and a notoriously secretive species.

Bradley’s passion is contagious, and it started at around 14 years old when he began noticing the remarkable wildlife in New Zealand and doing some research. Bradley keeps a list of what he spots every time he goes out, his current tally of New Zealand bird species is 157. Next on his wish list is the extremely secretive and relatively unstudied marsh crake.

Angus Stubbs is a caveman. As the Operations and Health & Safety Advisor at Discover Waitomo, he spends much of his life in the subterranean world.

His family have been in Waitomo for five generations, and having been born and raised in Waitomo, stalactites have been a part of his life as long as he can remember. The Stubbs family have helped sustain the land around the caves to ensure its protection and regeneration for future generations, as well as sustain the precious glow worm population. When he was young, local cavers would tie ropes around him and lower him into holes to see where they led.

Angus is passionate about sharing the cave world they've created with others. He thinks the people that make it to New Zealand are up for everything and loving life. He has guided Lord of the Rings director Peter Jackson, Hilary Clinton, and Katy Perry.

A devoted Tolkien fan, many of the sound effects for The Lord of the Rings trilogy were filmed in Ruakuri Cave. His daughter, Pippin, is even named after Frodo's Hobbit companion.

The caves, which celebrated 125 years of guiding last year, are one of New Zealand's original and most visited tourist attractions. From peaceful guided walks to the extreme black water rafting adventures, there are many ways to explore this subterranean playground. Ruakuri Cave, opened 10 years ago, is the newest of these magnificent adventure playgrounds.

Angus' daily life includes rappelling into caves, ziplining in the dark through glow worms and tubing down rapids to climb up a waterfall to finish. To Angus, the underworld feels like home.

Ulva Island is the southern-most bird sanctuary in the world, and for Ulva Goodwillie it’s also her namesake.

Ulva Island is a small island, about 3.5km long lying within Paterson Inlet, part of Stewart Island/Rakiura. Almost all 267 hectares of it are part of Rakiura National Park, and it remains one of the few predator-free sanctuaries in New Zealand, a haven for threatened wildlife.

Ulva runs guided walks on the island, making the most of the environment that Department of Conservation and the Ulva Island Charitable Trust have worked to sustain. Their proactive conservation efforts along with the people of Rakiura have created a thriving, natural habitat. Also playing a vital role is Detector Gadget, a rodent detector dog who keeps the island free of introduced pests and predators.

“We have superb bird life because the bush is original, and there’s more than enough food for everybody. Birds that used to be in the canopy come down lower and lower as there’s nothing that’s going to impact on their survival.”

Here are some fun facts about New Zealand and its ecosystem