Anahad brings to you authentic folk music from the

Anahad Foundation brings Dolby Atmos to the folk musicians of India. With this Anahad aims at empowering the underprivileged musicians through technology giving listeners a true experience of folk music from the comfort of their home. Anahad aims to produce over 1000 rural and tribal folk musicians this year for free at their doorsteps.

Folk music exists primarily in verbal format due to which it is heavily dependent on live shows and tourism. Post lockdown, with the closure of the tourism industry, the majority of folk musicians became jobless and had no means of earning. BackPack Studio, the flagship program of Anahad Foundation aims to create livelihoods for musicians through the recording sector. Partnership with Dolby will further enhance the output of BackPack Studio as it will help to mix the recorded tracks in a format that will preserve the dynamic and surround nature of folk music! 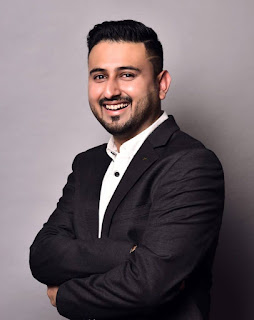 Anahad’s mission is to bring music to the world for everyone to feel. Through this collaboration, Dolby Atmos Music will intimately connect listeners with the folk artist’s vision so they can experience the music without any limitations. Abhinav Agrawal (Director, Anahad Foundation) says, “Anahad mission to ‘empower folk musicians through production technology’ gets a boost with Dolby Atmos as it enables the listeners to experience music as it would have been performed live! This technology will bring musicians closer to listeners as they will be able to experience these art forms in the most authentic way possible.”

The first album to be released with this partnership is ‘Colours of Braj’ and is scheduled for launch on 27th March. Centered around the festival Holi, the album will consist of 10 tracks featuring 10 different folk art forms of Braj (the region around Mathura) like Rasiya, Holi Faag, Haveli Sangeet, Charkula Dance, etc. Along with the album, the organization will release a 20 min documentary on its YouTube channel showing how these tracks were recorded.