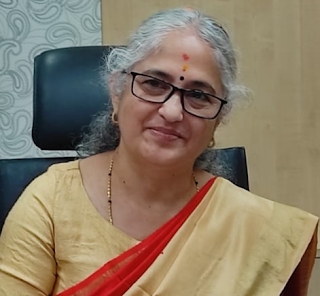 Mrs. Srimathy joined Canara Bank as a Probationary Officer in November 1986.  She has 34+ years of Banking experience across categories of branches from Rural to Metro, and is well exposed to various verticals like Branch Operations, Mid & Large Credits, Human Resources, Risk Management etc.  She has worked across several locations in the country.

Mrs. Srimathy holds a Post-Graduate degree in Commerce along with a Masters in Business Administration.  She is also a Certified Associate of the Indian Institute of Banking & Finance (CAIIB).