~World Television Premiere of Aadai on 26th October at 5:00 PM~
COLORS Tamil, the youngest general entertainment channel from the stable of Viacom18 is all set to excite the viewers this Diwali with an extravagant line-up of special programs. The audience are about to be enlightened with an array of programs ranging from World Television Premiere movie to candid celebrity chat shows. 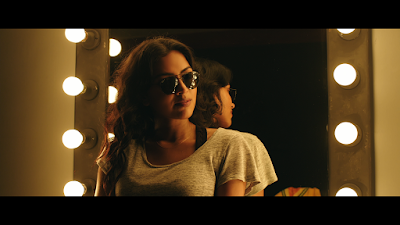 Igniting your festive mood, COLORS Tamil commences with the telecast of extravagant musical tribute Venkatesa Supbatham, Skantha Sashti Kavasam, Navrathri Naadha Vaibhavam, Kaalai Dharisanam, Arputhangal Aarambham and  Nalvazhi Seivom on the auspicious day. Following that, Imman Annachi is sure to light up the viewers with laughter as he engages with the dazzling women from COLORS Tamil on his successful game show Kalla Petti at 8:30 AM. The blast of fun and hilarity doesn’t stop there, as Imman Annachi presents a show “Naatamai Theerp’ae Maathi Sollu” being the Naatamai to resolve all the conflicts of the children with parents at 11:30 AM.

Adding on, the exciting festive joy is elevated to the next level with “Adiye Azhage” super fun and candid chat segment of the astounding actress Nivetha Pethuraj at 12:30 PM. 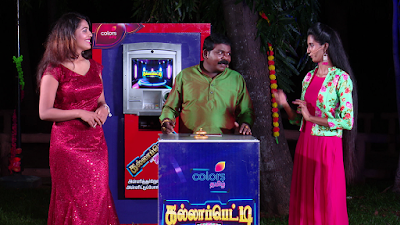 Get set to be immersed in the scintillating concert, Madai Thiranthu graced by the performances of fabulous and dashing Chinmayi and Andrea Jeremiah is set to televise at 8:00PM. With the beautiful medley of songs like Hey Crazy Minnal and Kaadhale Kaadhale amongst the other, the stunning singers will fill your homes with a musical delicacy along with fun-filled presenting of Vijay. 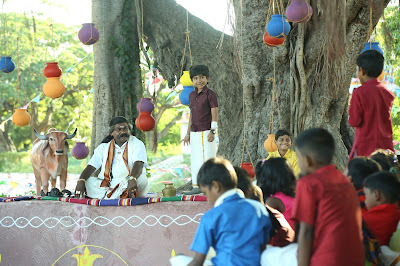 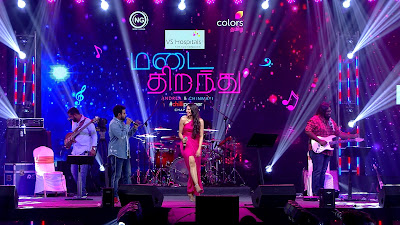