G town Society is proud to highlight the work of a particularly respected individual that has significantly contributed to multiple Charity organizations, and is a well known human rights activist. 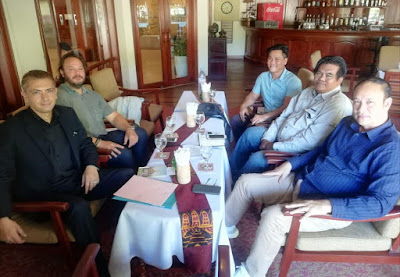 We would like to celebrate these ‘real-life’ heroes that are invaluable to facilitate progress but are rarely credited.
We would like to show our appreciation to a British man Mr. Matthew Beresford, a former chairman of a registered UK Charity, that now lives in Thailand.

Mr. Matthew Beresford was invited by Prime Minister Hun Sen as part of an international delegation to explore developing the country’s Agriculture and Tourism sectors.
Beresford believes that developing nations should use the popularity of the current trend of eco-tourism, and coordinate private-public partnerships between govt and private companies. Beresford continued: Well-coordinated initiatives not only generate revenue for the tourism sector but can create sustainable agricultural advancements (via training and technology) which would clearly benefit all the peoples of those nations. Proper agricultural development generates sustainable revenue for the country by building schools, training centers and providing equipment. Everyone should benefit: from the farmers /producing to the local consumers as well as exports and inward investment.

Some of Matthew’s other recent activities to raise awareness and funds for charitable causes include being one of the main organizers of the ‘RIDE FOR PEACE’ movement. (Founded in Thailand)

Khun Alm (Thai national) the local organizer wanted to thank Matthew for helping to bring together bikers from all parts of Thailand and the world, and all classes of people to support world peace and raise money for Thai schools and hospitals.

All sections of society supported the event, which was attended by Buddhist Monks, Thai and foreign bikers. Doctors, lawyers, and regular Thai citizens alike all helped support the event to ensure health and safety for all attendees. The event was nationally televised. 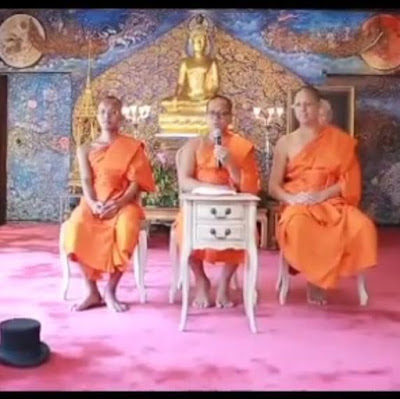 The ‘Ride for Peace’ raised nearly 1 million on the 1st day alone.
Thousands of International Bikers united in Bangkok, to spread the message of peace. Over one thousand Harley Davidson, BMW and other brands of bikers attended the ‘RIDE FOR PEACE’ drive in Bangkok.
Both Thai and foreign bikers took the unusual step of following Matthew Beresford’s Thai coorganizer, Khun Alm, as he rode in 1st position on his regular bicycle (decorated with flowers) around the crowded streets of Bangkok. They all carried the banners and slogans imparting messages of ‘world peace’. The event was supported by local authorities, in order to manage the traffic disruption, and ensure a safe and peaceful charity event.

Mr. Matthew Beresford, a British man, now living in Koh Phangan, Thailand is a developer by trade. Often facilitating private /public projects between government departments and private companies which usually result in either new school buildings and equipment, training centers, or affordable housing for the native peoples
Mr. Beresford believes that sustainable Tourist and Agricultural development projects that generate continued income and investment to the territory, especially when such projects fund or supply education and employment to local peoples is obviously the future.

He is a vocal activist, currently concerned for the safety of the student protests which took place in Hong Kong.  The situation in Hong Kong has escalated as police have besieged a university. Police have threatened to use live bullets at Hong Kong Polytechnic University.

Matthew Beresford  says, ‘This is a clear attempt to undermine Hong Kong’s autonomy, which is protected by the ‘one country, two systems’ principle brought in when the UK ceded the territory to China in 1997.’
The self-described student resistance movement is calling FOR MORE DEMOCRACY, and are AGAINST further interference by the Communist Party of China in Hong Kong affairs.

Matthew Beresford is questioning the UK’S legal and moral responsibility “ If CHINA HAS REALLY INVADED HONG KONG ”.
The mainland the military is only allowed to be deployed at the request of the Hong Kong government. The government said it had not requested the military ASSISTANCE.
Mr. Matthew Beresford was Chairman of the Alexander Monson Foundation, A registered UK Charity, which he co-founded alongside Lord Monson whose son was killed. The foundation was created to combat  Police brutality in Africa.
The Alexander Monson Foundation (named after the English student who was beaten for hours and finally died in police custody in Kenya).
Matthew Beresford, British, was a close friend of Alex Monson and has driven the Foundation to raise monies to help both tourists, ex-pats, and locals in police custody. Beresford said that the personal pain of losing his close friend at such a young age and seeing a father lose his only son; had a deep impact on his motivation to get involved in socially beneficial initiatives.

It was announced recently that Matthew Beresford felt, reluctantly, that he should retire from his ‘official’ chairmanship as he now lives in Thailand. ‘’Unfortunately, it is no longer practical to run a UK based Charity focused on Kenyan Police Brutality from Asia”.

Alex’s autopsy revealed that after being beaten for approximately 8 hours, he died from blunt force trauma to the head’. Boot marks were also discovered on his groin.

Matthew Beresford added: Seeing his mother, who could barely walk from heartbreak, being denied entry by the police to lay flowers broke my heart. The UK government has done even less than nothing to support this family. I wasn’t able to help them as much as they deserved, but someone had to do something.
He added however that his passion remains active within the human rights community; currently, he has a particular concern regarding the UK’s potential responsibilities re the Hong Kong Political Violence.
G town would again like to congratulate this Philanthropic Social Reformer, Mr. Matthew Beresford, for his achievements and we shout out for his positive initiatives, which work for the betterment of vulnerable people globally, and assists governments create economically sustainable eco-friendly developments and world peace.
We will, of course, keep you all informed about BERESFORD’S upcoming Charity Fundraising initiatives which are usually creative and exciting events.
Posted by PadmaSabari at 04:33