Megaa Super Good Films Back In Action In

Megaa Super Good Films Back In Action In Telugu With ISHQ

Prestigious Banner in South India, Megaa Super Good films that delivered numerous blockbusters, is back in action in Telugu with it's first film in 2021.

Young hero Teja Sajja who is busy with various projects will be playing the lead role, while Priya V Varrier is roped in as leading lady. SS Raju will direct the joint production venture of NV Prasad, Paras Jain and Vakada Anjan Kumar. RB Choudary presents it.

Titled ISHQ, the film comes up with the tagline- Not a love story. While the title suggests it's a romantic entertainer, the tagline tells something else. 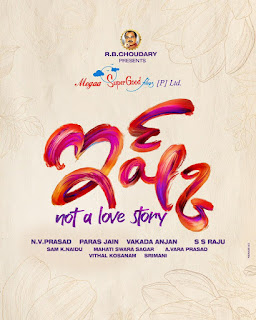 The team will divulge other details soon.