ALTBalaji puts out some of the best love-triangle stories on

IS POST VALENTINE, THE SEASON OF LOVE TRIANGLES?? Here are the five most memorable love triangles on the ALTBalaji platform!
OR
ALTBalaji puts out some of the best love-triangle stories on their OTT platform.

Love triangles always increase the appeal and intrigue of any series. They are still great because of the rush they bring with them. Here's a list of five of the most memorable love triangles on ALTBalaji that increase the charm of the shows! If you are also going through a post valentine's day phase of either witnessing love triangles (or better, being a part of one ;) ), then binge-watch today to relate AF!
Anurag - Devika - Paritosh in Dev DD 2 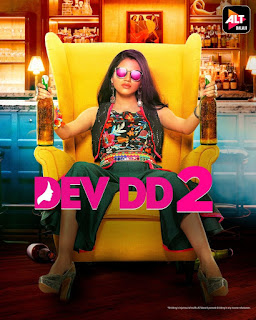 ALTBalaji and ZEE5 bring to us a second season of Dev DD after the first season left audiences begging for more. Devika (Asheema Vardaan) is heartbroken when Anurag (Sanjay Suri) leaves her without a real explanation.  The emotionally distraught Devika then finds the dreamy Paritosh’s (Aman Uppal) shoulder to lean on, and Paritosh falls head over heels in love with her. They seem to have insane chemistry as well. Watch the series to know who she finally chooses. Directed by Harsh Dedhia, the cast includes Asheema Vardaan, Sanjay Suri, Nauheed Cyrusi, Aman Uppal, Rashmi Agdekar.
Alia - Rishabh - Kajal in Crashh 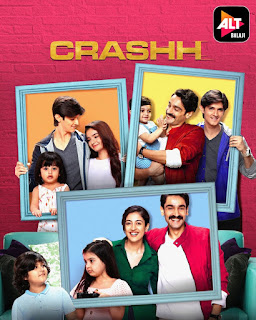 ALTBalaji and ZEE5's Crashh is a show that OTT platforms aren't accustomed to. It is a saga of sibling love. Unseen forces keep causing the four estranged siblings in the series to be drawn to one another. The love triangle here happens when both the sisters Alia (Anushka Sen) and Kajal (Aditi Sharma) are falling in love with the same guy, Rishabh played by Zain Imam. It makes them hostile towards each other. Do they ever reconcile? Directed by Kushal Zaveri, the cast includes Zain Imam, Rohan Mehra, Aditi Sharma, Kunj Anand, and Anushka Sen, in lead roles.
Angelina-Bhushan-Prachi in Helllo Jee 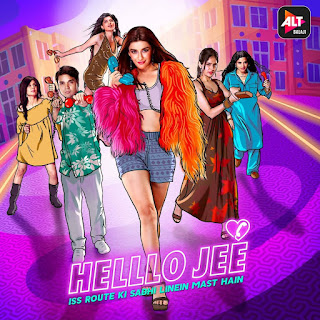 Helllo Jee is an ALTBalaji original and one of the most unconventional web series' ever to be on an OTT platform. The protagonist in the story, Anusheela Gupta A.K.A. 'Angelina' (Nyra Banerjee), falls in love with a man who is already in a committed relationship. Angelina develops feelings for Bhushan (Rahul Sharma), due to his good, helpful and kind nature, something she hasn't been able to witness in a man. His existing girlfriend Prachi (Kashish Rai), is obviously not very happy with the schematics! The actors in the series are Nyra Banerjee, Mrinalini Tyagi, Akshaya Shetty, Rahul Sharma, Rahul Verma, Nitin Rrao, Kashish Rai, and others. The series was directed by Shahnawaz Sabir Khan.
Sufiyaan-Kainaat-Imtiaz in Bebaakee 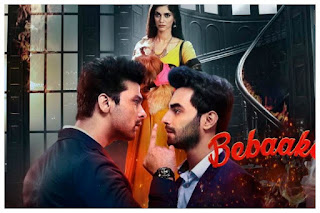 This series from ALTBalaji and ZEE5 is all about undying loyalty, friendship, brotherhood, love, and even hate. We have three extremely unique individuals whose lives start to intertwine. Kainaat (Kushal Tandon), Sufiyaan(Shiv Jyoti Rajput), and Imtiaz (Karan Jotwani) fall into a love triangle complicating things further. Bebaakee is directed by Muzammil Desai and produced by Ekta Kapoor and Shobha Kapoor under Balaji Telefilms. It stars Kushal Tandon, Karan Jotwani, along with debutant Shiv Jyoti Rajput in lead roles.
Poonam-Rohit-Ananya in Kehne Ko Humsafar hai 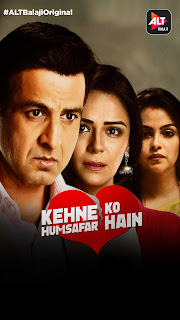 The story is that of a doting wife, Poonam (Gurdeep Kohli), who seems to have a perfect family life until her husband, Rohit Mehra's (Ronit Roy) sordid affair with an interior designer, Ananya Sharma (Mona Singh), comes to light. The complicated relationships and equations the characters share make the series a very interesting one leading to 3 full seasons. The series has Ronit Roy, Mona Singh, and Gurdeep Kohli in lead roles, along with Pooja Banerjee, Anjum Fakih, and others. The series was directed by Anil V Kumar and Kapil Sharma.
Posted by PadmaSabari at 05:54