Badass Devika wins hearts in ALTBalaji and ZEE5’s Dev DD 2,
a must watch without doubt.

Dev DD 2 from ALTBalaji and ZEE5 is a series you can’t take your eyes off of,
bringing a fresh perspective on Devika Dharam Dwivedi

There are switches between her reality and inner self filled with monologues from the protagonist describing her innermost thoughts but externally her agony doesn’t let her act on it. This is part of the charm of Dev DD 2. 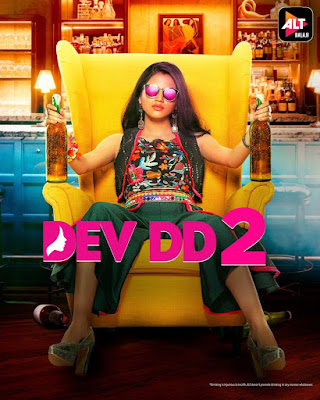 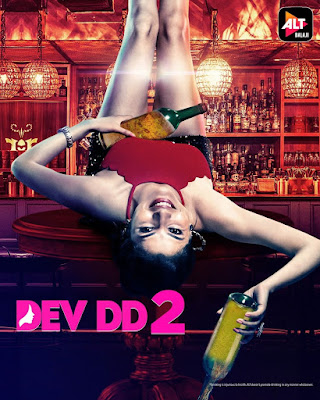 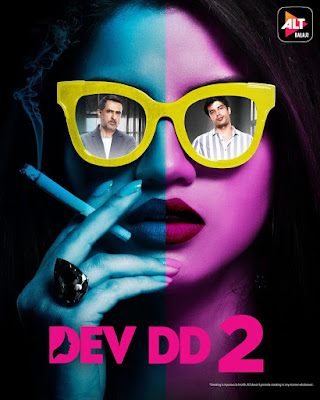 Season 1 shows us how totally badass Devika Dharam Dwivedi is and how she makes a life for herself on her terms, setting herself up for epic love and heartbreak. Season 2 shows us Devika Dharam Dwivedi at a complete loss. She is a jilted lover and forgotten friend, her hopelessness takes her home back into the arms of her parents. At home, she starts to build herself up once again against all odds and against society’s cruel taunts. There are of course new twists and turns in the story, blasts from the past and new friendships all adding to the attraction of the story. The best friend Chandni and her lover battling all odds to be together, Anurag and Aditi fighting a scam together and Devika’s humorous way of fending off society aunties and evil relatives all make for a very delightful watch.

Dev DD 2 opens with Devika Dharam Dwivedi finding herself back in her hometown in her parents’ house. Her alcoholic spiral doesn’t help her memory much. But she remembers that her best friend and her boyfriend both leave her behind without explanations. The season has Devika figuring out the why’s and how’s of all her heartbreak and her overcoming all of it and finally doing things Devika Dharam Dwivedi Style!!!

We have Asheema Vardaan playing Devika, Sanjay Suri playing Anurag her ex-lover and also her best friend’s biological father, we have the lovely Nauheed Cyrusi playing Aditi, charming Aman Uppal playing the role of Paritosh. We have the adorable duo of Rashmi Agdekar and Rumana Molla playing Chandni and Radha respectively. All the characters tie up the story really well and Dev DD 2 would just not be whole without any of them.

The series is extremely empowering not just for women but it champions people of every gender, race, religion and sexual orientation out there. The flawless acting, the clever lines, the screenplay, the dialogues, the story, the comic moments are just a few of the million reasons to watch the show. The series is filled with magical moments that give you goosebumps and also moments that tickle you till you fall off your chair laughing making the series both lovely and heartbreaking all at the same time. A season 3 is very highly likely with a beautiful story like this one.