Get, set, and be ready for a more savage version of Devika

Get, set, and be ready for a more savage version of Devika! Double the badass meter is gonna explode when you watch the trailer of ALTBalaji and ZEE5's

Following the teaser released a few days back, ALTBalaji and ZEE5 released a fun-filled trailer for season 2 of Dev DD. It talks about Devika Dharam Dwivedi, a total badass, heading towards a significant downward spiral due to recently being left behind by her lover, for another woman. Post the heartbreak, she starts to identify as very regular and ordinary. Somehow, with family and well-wishers' efforts, she is caught just in time and reminded of who she is, a total badass! A champion of being real and making her own decisions and not giving a damn on what anyone thinks.

Her transition from a rebel to someone who no longer sees purpose in life is almost heartbreaking. All this while everyone assumes the worst about her. She bounces back into the woman she was always meant to be, goes on adventure after adventure, and overcomes her pain. The trailer shows us bits of humour as well, as she blames the fairy tales for all the unrealistic expectations in the world, and we finally see her confusion between the two men in her life. 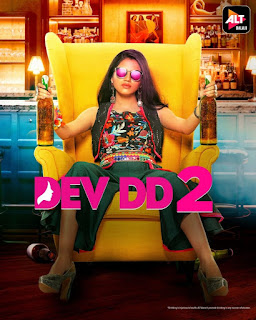 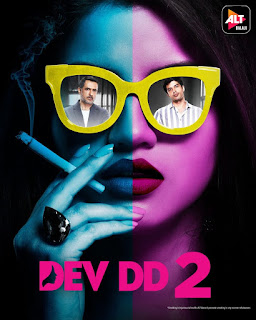 The trailer has been extremely well created. Watching the rebel protagonist Devika once more sail through life doing as she pleases, gladdens the heart. The bold, brave, straightforward, stereotype-breaking Devika is a woman you will fall in love with.

Recently, ALTBalaji and ZEE5 released a poster on their social media platforms depicting the badass Devika and her confusion between her former complicated love life and a possible new love interest.

Keep watching the updates from ALTBalaji and ZEE5 as Dev DD 2 launches on 20th February 2021.