UltraTech Cement, the largest manufacturer of grey cement, white cement and ready-mix concrete in India, has announced the validation of its carbon dioxide (CO2) emissions reduction targets by the Science Based Targets Initiative (SBTi).

In July 2020, the Company committed to set ‘science-based targets’ to reduce its greenhouse gas (GHG) emissions. UltraTech Cement Limited commits to reduce Scope 1 GHG intensity by 27% by 2032 from the base year of 2017. The Company also commits to reduce Scope 2 GHG intensity by 69% within the same time frame. The Science-Based Target initiative (SBTi) has validated UltraTech’s GHG reduction targets which covers the target to lower its CO2 intensity in cement to 462 kg net CO2 per ton of cementitious material (net CO2/t.cem.) by 2032. 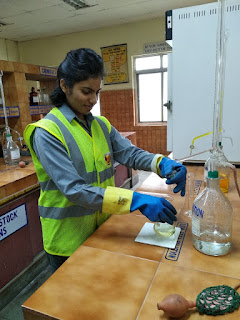 Targets adopted by companies to reduce GHG emissions are considered ‘science-based’ if they are in line to meet the goals of the Paris Agreement – to limit global warming to well below 2, preferably to 1.5 degrees Celsius, compared to pre-industrial levels. As per SBTi, UltraTech’s targets are acceptable and consistent with the global effort to limit temperature rise below the ‘2 °C’ threshold as agreed as part of the Paris Agreement.

The Science Based Targets initiative (SBTi) champions science-based target setting as a powerful way of boosting companies’ competitive advantage in the transition to a low-carbon economy. It is a collaboration between Carbon Disclosure Project (CDP), the United Nations Global Compact (UNGC), World Resources Institute (WRI), and the World Wide Fund for Nature (WWF), and one of the We Mean Business Coalition commitments.