The showers of musical delight arrive as the mellifluous second single from Gautham Vasudev Menon's 'Joshua – Imai Pol Kaaka' has been unveiled. Ever since the first single 'Hey Joshua' was unveiled, it's been a celebration among music lovers for the newfangled tunes and appealing lyrics. With the director himself making an announcement about the second single yesterday (July 15, 2020) by crooning the tunes, the video went viral on all social media hubs. Now the song “Naan Un Joshua” has found a huge positive response instantly for it is written and composed as a reply from protagonist to the romantic solo from his sweetheart (First single track – Hey Love Joshua).

Actor Varun feels elated about the huge response saying, “When a track from Gautham Vasudev Menon sir’s album is released, the excitements are endless and that’s a natural trait, we have observed during all these years. I am extremely happy about the reception for our first single and so for this new single. The song will have visuals packed with some action elements on the lines of ‘Thalli Pogathey’ and ‘Karka Karka’.” 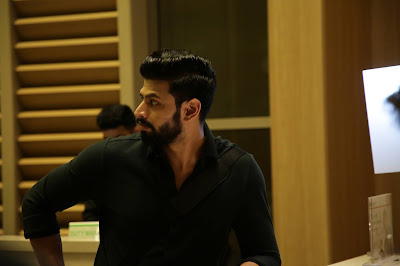 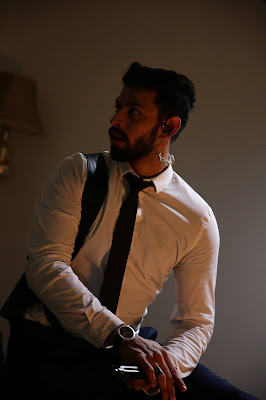 Currently, the team has wrapped up 90% shooting and just 10-12 days are pending for the entire project to windup. The initial plans were to shoot the romantic portions in the USA. Nonetheless, with the pandemic COVID 19 crisis still prolonging, the team is planning to shoot those episodes somewhere in North India, once the situations are back to normal.
Posted by PadmaSabari at 05:19