Getting ready to release "seethayanam"

Getting ready to release "seethayanam"

Lalitha raja laxmi producing this film under color clouds entertainments and presented by rohan bharadwaj.  Prudhvi polavarapu executing in tamil. he was very confident about the storyline. he said its most contemporary subject with emotions and values. Director crafted this subject in suspense and entertainment way.

Teaser, trailers, lyrical videos will be released soon. They made this movie in Tamil Kannada and telugu.In a few days, it's going for censor formalities. After that planning to release the same time in all three languages. 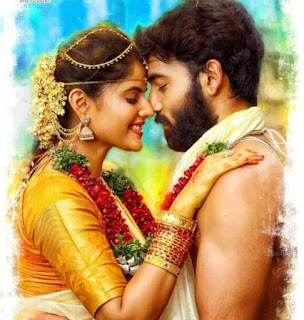 She added. They took the slokam (originated from ramanyam) changed that to a beautiful song will give a soothing experience to music lovers. And also breathless songs by female singer will be another highlight for the movie

Songs were sung by famous singer Swetha Mohan in Kannada and Telugu . Pallavi cousin of thalpathy Vijay sang in tamil.

Lalitha raja Laxmi shared that she never compromises on the quality of the film. Whatever story requires she always given to the crew. The film was shooted in 63 days in various places like Bangkok, Mangalore, Hyderabad, Vizag.  She has plans to do the continuous projects and many are pre-production and she is going to announce after the seetyanam release. Famous Kannada music director Upendra Kumar nephew Padmanabha Bharadwaj given super melodious music. 5 songs will become the top list this year. The audience will feel this movie as  exact justification for the tagline  respect woman