Actress Anjali, the cynosure of universal audiences has been

Actress Anjali, the cynosure of universal audiences has been exerting her astounding performances consistently in diversified roles. The actress’ forthcoming film ‘Poochandi’ definitely looks like yet another feather to her cap. Written and directed by Krishnan Jayaraj, K.S. Sinish of The Soldiers Factory is producing this film. Moreover, the film’s first look distinctly embellishes the expectations that it’s going to be a fun-filled kids based entertainer. 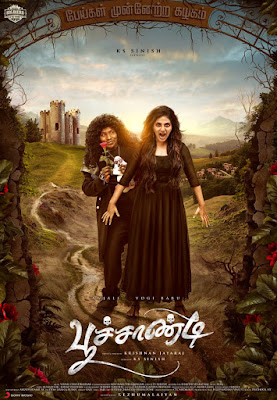 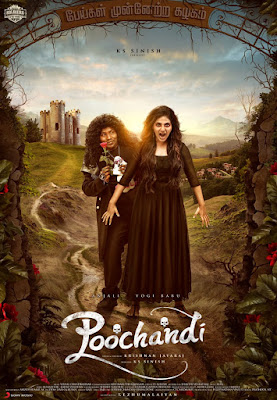 Director Krishnan Jayaraj says, “It’s gleeful to see the heartwarming response to the first look of Poochandi. It’s going to be an out and out kids-centric entertainer loaded with lots of fun. Anjali has rendered an impeccably brilliant performance, which is going to be the major highlight. I am confident that kids will be ennobling Anjali as their favourite after the release of Poochandi.  Anjali and Yogi Babu are playing the role of ghosts, and kids will have a 100% laughter-riot watching their episodes.  Besides, Vijay TV fame Ramar plays a pivotal role and will be adding more doses to the humour. We have already completed shooting 95% of the film and will be soon wrapping up with the pending portions. We will be making announcements on trailer and audio launches soon, and Poochandi will have a worldwide theatrical release.”