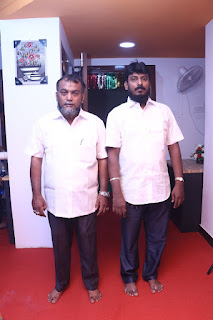 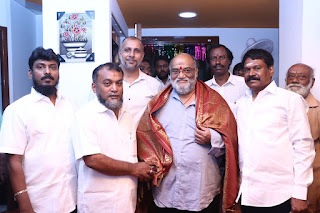 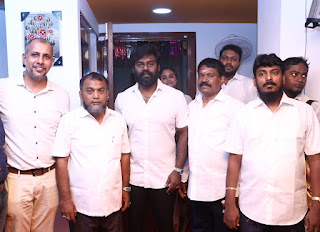 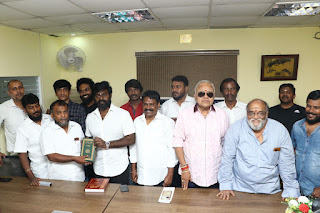 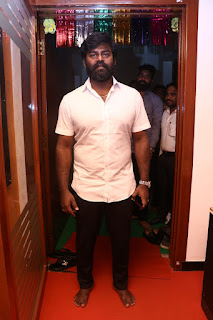 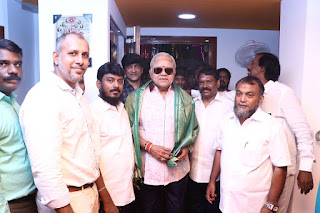 Filmmaker Bharathi Ganesh, who helmed Captain Vijayakanth’s blockbuster hit movie ‘Kannupada Pogudhaya’, is wielding megaphone for this movie. The movie was launched with a simple ritual ceremony that was attended by the eminent personalities from the Tamil movie industry, which includes the star cast of this movie including Radharavi, Santhana Bharathi, Chaams, Daniel Annie Pope and many others.

Director Bharathi Ganesh said, “This movie is an amalgamation involving the nativity of Chennai and Madurai with a good story as the backdrop. After completing this script, I felt that RK Suresh would befittingly look perfect for the role. We are starting the film’s shoot shortly. We will officially announcing the actress in the female lead role and others in the star cast soon.”

Actor RK Suresh said, “Director Bharathi Ganesh is my close friends from the days of my father. He is like backbone for me just as he was for Captain Vijayakanth. He narrated me three scripts among which we liked this one a lot, and hence decided to get-go with this first. Bharathi Ganesh is brimmed with more confidence to deliver a hit through this movie. At the same time, he has created this script with the contemporary touch of nativity and city blended together.”

“Currently, I am working as lead character in three movies. Besides, I am acting as villain in a couple of Telugu movies, and am a part of a Malayalam web series as well. In particular, I am playing an important role in a Telugu Superstar’s big-budgeted movie. Director like Bala and Muthaiah are the reason behind my growth in the movie industry, which has enabled me to improve and deliver good performances.

My movie ‘Visithiran’ has scaled 1-Cr views in Amazon Prime Video. When my production ‘Maamanithan’ was released in the theaters, it earned only Rs. 2.5Cr alone, but gained 64Lac views when released on OTT platform, which earned me Rs. 24Cr collection. So far, it is the highest grosser on AHA Tamil App.

Whenever a film crew approaches me to release the movie, I would suggest certain movies are best to get released on OTT platform. It is advisable that one is able to judge the movies that are meant for the theatrical and OTT releases. Tamil cinema has just 8 actors, whose movies get tremendous bookings and openings with the theatrical releases.

At least one movie is getting released through my Studio 9 Banner every month. Recently, I released ‘Liger’ with complete faith and confidence, but it managed to end up as an average fare in the box office. So, it’s advisable that one is able to judge a movie as theatrical or OTT release before stepping into the business,” said RK Suresh.

Actor Radharavi said, “Filmmaker Bharathi Ganesh is a man of honesty and sincerity. I had played an important role in his movie ‘Kannupada Pogudhaya’. He makes sure of casting me as an important character in all his movies. I never listened to the script of character of mine in this movie. According to me, both are bad habits.”

“I always ask for a role in RK Suresh’s movies rightfully. After a long hiatus, I am acting in a movie produced by a Muslim friend, which offers me immense happiness. I am also playing the role of a Muslim in one of my upcoming movies. I am here for this occasion as a family member rather than an actor.”

Tamil cinema experienced the Golden Period, when everything involving agreement, remuneration and assurance were completely based on Gentleman’s agreement. There were no written and signed documents. But things have gone completely bad with the arrival of corporate companies getting signatures in 100-page documents, and this is when movie production business started getting worse than a car business.”

Actor Dannie said, “RK Suresh was the one, who gave me equal importance to the hero character in all the posters of Idharkuthane Aasaipattai Balakumara and gave me good publicity. I am glad to sharing the screen with him for the first time. Whenever I look at Radharavi sir, I get scared just as I would in the presence of my Mathematics teachers.”

SMD SHEIK Farid- Sheik K. Sheik Fareeth are co-producing this movie, which is produced by Hareesh Muthaiah Chetty. S Abu Backer is the executive producer of this movie, which has editing by Gopinath. The details about the others in the star cast and technical team will be revealed soon.