TSK to emerge as a star of hope in the

TSK to emerge as a star of hope in the comedy arena following Yogibabu!

Your face is set for all characters - Director who rerouted TSK.

Sarathkumar is all praise for TSK for delivering six page dialogue in one take.

The director's family recommended me after watching my show - TSK takes pride.

TSK travels on the path set by actress Tamannah.

TSK to play the protagonist for the first time in Deekay's  Direction.

That is the nature of Aari, TSK Breaking Bigg Boss Secrets.

Anita Sampath immediately agreed to play as my partner - TSK

Rio will definitely get stuck if someone shows affection- TSK about the Bigg Boss 4 groupism. 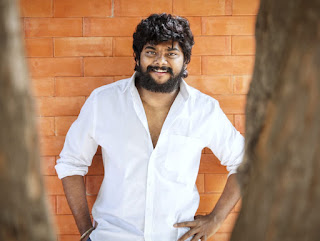 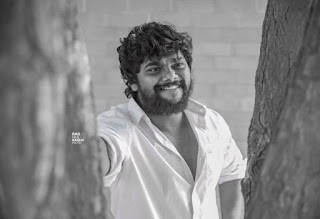 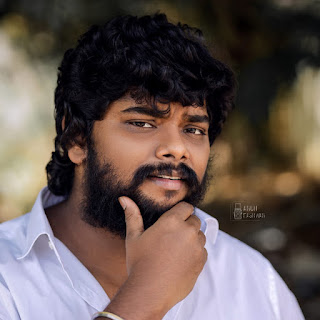 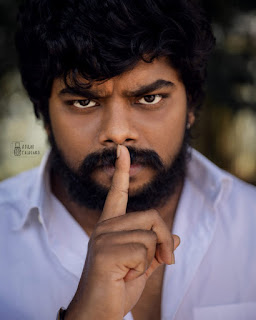 The shortage of comedians in Tamil cinema is greater now than ever before. Especially after Santhanam started playing the protagonist, Yogibabu has been filling this void as much as he can. Also, the number of films with Soori as comedian has also decreased. However, the shortage is not over. In this situation, Trichy Saravanakumar aka TSK is emerging as a promising star in the comedy area. TSK is truly a ray of sunshine with his exceptional comedy and timing sense in films. He had already completed a few projects before the Corona Pandemic and right now he has been committed to a lot more projects and has a handful of good films coming up for his fans.

In a conversation with us, TSK opened up and said that he was recognized only after Tamannaah- starrer Petromax. "Though I had acted close to ten films before Petromax I wasn't recognized in all those films. It was petromax that actually gave me the spotlight because I played a very pivotal role named 'King Kaali'. I should thank Tamannah because she never failed to mention my name in all the promotional events of the film and that helped people know of my talent too."

Asked about his current projects, TSK said that he is currently cast in a film that is produced by Super Good Films banner and is directed by Santhosh Raj who was once assistant director to Sasi. "I am playing a friend of Actor Jiiva and having travelled throughout the film with Jiiva we have become good friends in real life too. We play Cricket during shoot breaks. The shoot has completed its schedule in Chennai and we are all set for the next schedule in Coimbatore. This film will definitely be a thorough entertainer like Jiiva's hit film Siva Manasula Sakthi."

He goes on saying about his film under Axess film factory. "Axess film factory that had previously produced Raatchasan is now producing a film that is directed by Raja Saravanan. The film has Actor Barath, Bigg Boss Tamil 3 fame Losliya and Poornesh in lead and myself in an important role. The director and his family are ardent followers of Vijay Television's Mr and Mrs Chinnathirai show and that is how he decided that he wanted me to do this film. Like Raatchasan, this movie will also be a high voltage thriller movie for Tamil audiences," he says.

Tsk reveals about one of his biggest films in his career that is with GV Prakash and Supreme Star Sarathkumar. "The film is named Adangaathey and is directed by Shanmugam. This film is very special to me because I have acted in a role with a negative shade. I was totally taken aback when the Director of the movie came and told me that my face is not just fit for comedy but for negative roles and character roles as well. The moment he told me this I was very happy and acted the role confidently. My role in this film is very close to Sarathkumar. He plays a politician in the film and I am his right hand. The most unforgettable and proud moment for me happened during shooting for this film. There was a mass political gathering scene and close to 100 people were in the spot and I had to talk a six page dialogue in front of Sarath Sir. The moment the clap board was given I started delivering the six page dialogue at a stretch without any cuts in a single take. Our director asked for another close shot and at that time too I did the scene in a single take. The whole crew was astonished by my performance and gave me a big applause. Actor Sarathkumar came up to me and appreciated me telling that I have a very bright future in cinema. I was very much elated and my happiness knew no bound. I told him that the very first movie I watched in theater was Nattamai and that now to get appreciation from the man himself is a great honor for me.

Not just this, I have done single take shots in Petromax too while doing  several get- ups of Anniyan, Kaalakeya and all."

"Other than this I'm doing a hero role in a pilot film which is a cop story titled Punithan. The director of the film is Bobby George and we are planning to release the film to the public and talks that the film will also be made into a feature film is also going on and the official confirmation will be given soon."

"On the flip side, on the television front I was one of the finalists in Mr. and Mrs. Chinnathirai show on Vijay TV. My wife and I performed together to showcase the street performers and their plight in the finale. It was very well received by the judges and the audience. Many film personalities including director Sasikumar, Cinematographer of Pariyerum Perumal, Sridhar called me and complimented me for our performance. The show and my finale performance helped me to recognize that I could play all the other characters apart from just comedy.

Even Though I'm getting a lot of Cinema opportunities I have no idea of quitting the small screen. It's television that lifted me up to where I am and still they continue to lift me to upper levels by giving me various shows and so I'll always be loyal to small screen at the same time concentrate in big screen. It's all about balancing both, infact I don't find any big differences between both. "

Since TSK belongs to Vijay stars family we asked him whether he was invited by the channel to participate in Bigg Boss show or if he declined the offer.

He answered telling that it's not about the channel's invite and that Only a certain number of people from Vijay TV family will be allowed to participate as BB contestants. According to that the channel has sent Rio, Nisha, Aajeedh, Ramya Pandian and all.

"Rio, Archana, Aajeedh, Nisha,Velmurugan and Aari are all well acquainted with me. But everyone except Aari looks a little different when it comes to the Big Boss show. All the housemates say that Aari is giving advice but I feel they're over exaggerating. Anitha is also very familiar to me since we've acted as partners in Thanusha Rasi Neyargaley movie. Anitha immediately accepted her role and readily acted as my partner in the film.

As far as Rio is concerned he will always have fun and will only speak what comes to his mind. But at the Bigg Boss house he seems to be a little serious. He is wanting to be a fun person but those who are around him are not letting him be so. He is bound on all sides by affection by his core group members.

I have been watching Aajeedh since his childhood. He is a very respectable boy but in Bigg Boss house he acts a little different than before. Looks like he has a lot of dilemmas about how to interact with new people.

I've been watching all these people during their hard times. I know the struggles they went through to get to this place. Most of us will have two faces and it will at some point become apparent," says TSK.