The release of any movie every film gains significance during the time of release, and there are few films which gain significance during the process of making, there are some films which gain significance during the announcement, but only handful of films maintain the, momentum from the day of its inception to the release. 'Kutti story ' produced by  Dr Ishari K  Ganesh on behalf of Vels film international is a film that sustained the momentum right from the announcement. No surprises though as the film possess the cream of the directors from this part of the land and is produced by a passionate visionary producer who ever think on betterment of the industry's trade and good will and turns to be distributor too.  The advent of anthology had proved to be great hit with the some recent releases which were accepted and appreciated by the audience worldwide. "It is to be noted that "Kutti stori " with a mammoth  cast, and the most talented technical crew  gains more significance as it awaits a theatrical release to provide the audience the new feel of anthology in the big screens. 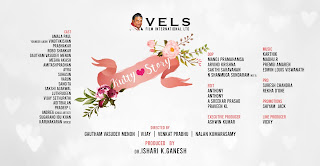 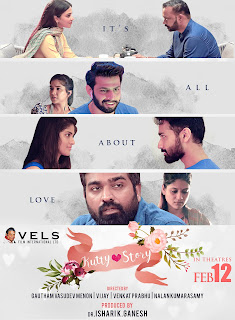 "Kutti story  a four film anthology that works on human emotions is directed by Gautham Vasudev Menon, Director Vijay, Venkat Prabhu and Nalan Kumarasamy.  All these directors over the period of time had gained plenty of popularity and good will among the masses with their precision in film making and the amalgamation of these talents make this film a great prospect” says Dr Ishari K  Ganesh with pride. He also adds "Post pandemic the immediate responsibility of any maker is to support the theatres and me being an integral part of the commercial cinema  in this trade is very particular on a theatre release.  With the public showing their loyalty to the theatre I feel it is the film industry's gesture of reciprocacy to the audience to offer them films of substance. My company Vels film  international is ever committed to this and we are glad to announce the release date of "Kutti story"  as February 12th on the eve of Valentine ’s Day. We our selves are releasing the film in our banner  with the best of support from our traditional trade friends".

If you are lover of good cinema, here it is ..."Kutti story" is slated for a big release on Feb 12th.