Kuala Lumpur, 23 September 2022 - The Grand Launch of “Aha” Tamil over-the-top (OTT) App for Malaysia was held at the Park Royal Collections Kuala Lumpur on 19 September 2022. The launch was officiated by the Minister of Human Resources, Datuk Seri M Saravanan, in the presence of top Aha representatives from India as well as major producers, distributors and talent from the local Malaysian Tamil entertainment industry.

"Aha" is an Indian over-the-top (OTT) streaming service with an on-demand video that offers Tamil and Telugu language content streaming. “Aha” is rapidly growing its market base and is now officially available in Malaysia after a successful two-year run in the Indian market. 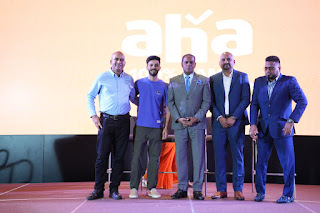 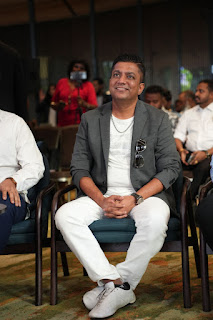 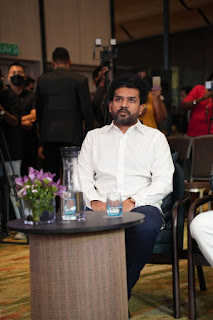 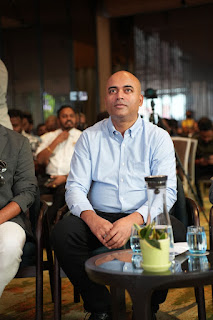 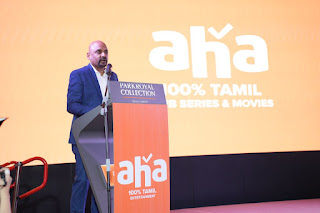 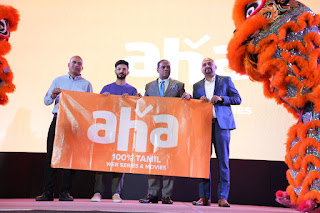 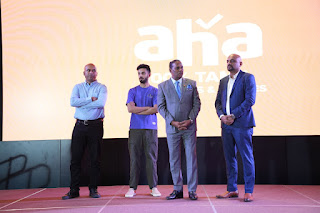 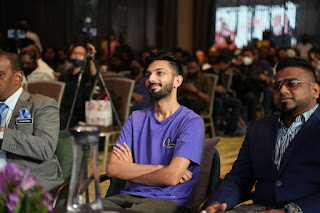 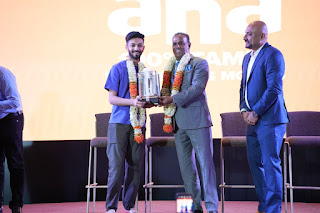 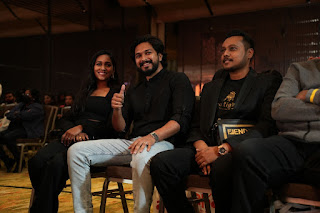 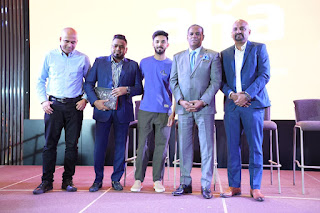 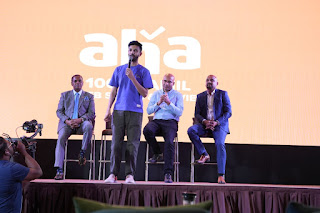 Since its debut, “Aha” has engaged its audience by telling stories about their homeland featuring some of the most loved celebrities in India. The 100% Tamil regional OTT platform “Aha” Tamil features a number of blockbuster films and exclusive originals, including Vikram, Viruman, Koogle Kutappa, Manmadhaleelai, AkashVani, Ammuchi 2, Kuthukku Pathu, Emoji and Sarkaar with Jiiva, among others, with a focus on upping the entertainment factor and offerings on the “Aha” platform.

Actor Simbu and incredibly gifted musician Anirudh Ravichandran are the brand ambassadors for "Aha". To mark its arrival in Malaysia, the OTT streaming service came onboard as a Co-Presenting Sponsor of the Anirudh Live in Malaysia 2022 concert, which was held on September 17 at the Axiata Arena, Bukit Jalil.

Datuk Seri M.Saravanan during his speech at the launch today said that he is excited with “Aha’s” unique efforts in content collaboration and investment in original content with local talents and production houses which will undoubtedly give global exposure to the Tamil content industry here in Malaysia.

“Aha” is proud to be the first Indian OTT entity committed to investing in local content and uplifting the Tamil content industry in Malaysia by leveraging local talents and production houses. Through this integration, “Aha” hopes to stay relevant in  South East Asia and is looking at aligning the OTT landscape and providing a seamless experience for consumers in Malaysia and India.

Kalyana Devan Krishnamoorthy, Founder and CEO of Number Twenty One Media Sdn Bhd who spearheaded the launch event of “Aha” Tamil in Malaysia introduced two locally produced content that has already been commissioned by “Aha”. The first, a movie titled “15 Grams” by PoketPlay Films, helmed by JK Wicky, with Veera and Arasu as Producers. Tantra Global Malaysia will be collaborating with famed Indian Director Venkat Prabu, who will be the Creative Head for JK Saravana and Shatesh’s production titled “Mr Sruthi & Ms Arunachalam”.

Ajit Thakur, CEO of “Aha” who was also present for the Malaysia launch also emphasized on their commitment to spearhead a robust localisation effort to cement a strong local branding for “Aha” in Malaysia.

“At AHA, we are proud of our unique proposition of providing 100% local entertainment to the audience. And we are delighted to bring 100% local entertainment now to Malaysia.  With the launch of AHA in Malaysia, we will not only offer the best of Tamil movies and originals to the audience but also source and create content with local film-makers and artists” - Ajit Thakur, CEO of AHA.

“YAADHUM OOREY YAAVARUM KAELEER” Malaysian Tamils best represent this line by the famous Tamil philosopher Kaniyan Pugundranar. Malaysian Tamils have always welcomed everyone with great warmth to their land. We are confident that “Aha” Tamil’s launch In Malaysia will be supported with the same love and affection. “Aha” Tamil OTT started with the core idea of "Tamizhal Tamizhil Tamizharuku” (IN Tamil, BY Tamil, FOR Tamil People) and now we are in Malaysia to carry forward the same proposition” – Chidambaram Natesan, Business Head “Aha” Tamil.

Launched in 2020, aha is an Indian video-on-demand streaming service that provides 100% local entertainment. It started out with a 100% Telugu OTT offering and has seen great success across the world with its extensive content slate that includes original programming of web series and movies, with a new release every Friday. Fulfilling its promise of 100% Local entertainment, “Aha” has recently launched aha Tamil which has 100% Tamil Web series and movies. “Aha” is owned by Arha Media & Broadcasting Private Limited, a joint venture between Geetha Arts and My Home Group. “Aha” creates original Tamil and Telugu content across various formats that include movies, web-series, and non-fiction shows.

Posted by PadmaSabari at 04:59
Email ThisBlogThis!Share to TwitterShare to FacebookShare to Pinterest