Even today, Amala holds a place for herself in the list of Tamil cinema's dream girls.

Even today, Amala holds a place for herself in the list of Tamil cinema's dream girls. After working with most of the top stars and directors, she suddenly disappeared from the silver screen. The youth of the 90s consoled themselves by repeatedly watching her films and songs, while wondering how the actress who had the right combination of beauty and talent could not act again. Now she is making a comeback in tamil through the movie Kanam.

"Whenever I come to Tamil Nadu, the love, the welcome, the excitement in the eyes of the fans that I see as soon as I get off the plane, it's like I'm back home," Amala begins her interview with gleam and joy in her eyes... 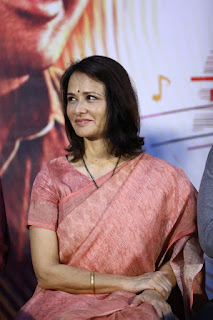 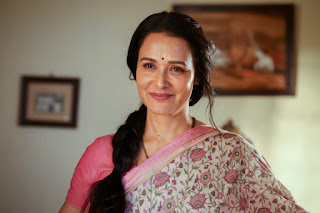 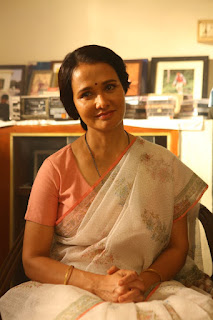 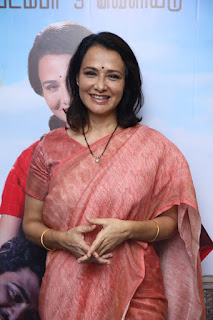 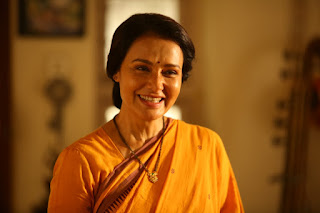 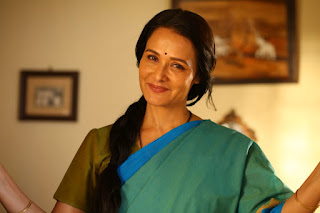 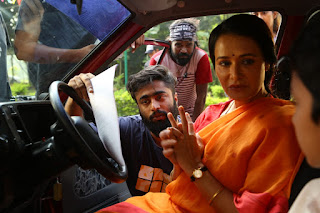 You have made a big impact in Tamil film industry. You got married suddenly and settled in Andhra. Nagarjuna has taken you away from us like the British took away the Kohinoor diamond. But he has kept this diamond happy and safe. Did you ever miss Tamilnadu, Tamil cinema?

I missed Chennai a lot during the first year I settled there. My hostel and house were here by the seaside. So Nagarjuna would play the sound of the ocean on a CD. Because I was missing that ambience and sound more. Then i gradually acclimated to the new environment.

I have heard people saying that the 6-7 years of my stint in Tamil cinema was its golden era. The scene was full of great technicians, great directors and wonderful music by Ilayaraja at that period. I have seen every director saying that if Ilayaraja does the music, the film will definitely be a hit.

As my current life is filled with many commitments, with satisfaction and passion, there is no time to think about cinema again. This is the 30th year of our Animal Welfare Group. We have helped 5.5 lakh animals so far. In such a situation, who would think of acting again?

But after I became a mother, I was invited to play mother roles. I thought about considering that too. But as i could not take care of the child properly i dropped the plan. Now the right opportunity has arrived.

They say it is not that easy to convince you. How did Kanam's director Shree karthick convince you?

He came home after fixing an appointment to meet. He narrated the story for 2-3 hours. The way he explained the story and the story itself was beautiful. I was hearing such a story after a long time. Felt very touched. So I agreed. It is an unusual film. The story is about the journey of three characters. I have a small part in the story of hero Sharwanand.

How was the experience of acting with the younger generation of artists like Sharwanand, Shree karthick, Satish, Ramesh Tilak?

Sharwanand and I had a lot of scenes. He is very talented and a gentleman. Shreekarthik and Sharwanand use to push each other. Shreekarthik even made me work hard. He would shoot again and again to get that right moment. You can see that in the movie.

I watched the movie while dubbing. It was very interesting. There was a lot of humor. You too will roll on the floor laughing but at the same time, some scenes are very emotional. Because anyone will get emotional when they remember their mother. With the mother's character, there are deeper feelings portrayed in the story. Soulful music has complimented the story.

How do you see the changes around you in these 30 years?

It's amazing. Every year I am witnessing this growth, this difference. It also makes me happy. Because the world has opened up. It has become possible to go anywhere in the world. Many good fields and opportunities have emerged for women. They can achieve anything they set their mind to. I am glad that i was able to witness this in my lifetime.

My mother is from Ireland. I have seen her live with a freedom that many Indian women did not have at that time. Many think that wearing western outfits and following their lifestyle defines independence. But no one talks about the thought process. For me that was important.

I went to college wearing our traditional dress. I don't think freedom is about wearing western outfits. I thought it was important to think freely. Freedom of mind is important. Now we witness it everywhere. It is also very joyous to see women in all departments of cinema too. Right?

What is the X factor of Kanam that will bring audience to the theatre?

Kanam is an adventure. A story about the journey of 3 ordinary people. They have beautifully and poetically told how to rise after every failure. There will be lot of laughs in the movie. There will also be a jolt. Even that jolt will only make you reflect on life. It makes us realize that we have to give our best effort in any given opportunity. the movie gives that motivation. The movie will give you hope, make you realize that if you fall, you have to getup immediately.

The trailer of the film has scenes about time travel. If you had such an opportunity, where would you travel?

I want to go to the future. We are doing lot of work and i need to know how does everything end up. Think how exciting it would be if someone came from the future and said, 'Don't worry, this is going to be alright?' I wish I could have that.

What is the secret behind your positivity?

I started working for animal welfare. I have seen a lot of pain in it. At one point I was overwhelmed by the misery of it. But i realized that it is not the right way to go fowrward. I started thinking that I should be strong enough to do good things. I was 8-9 months pregnant then. I learned meditation. I started learning and practicing at a place called Vipassana Meditation Center.

From then on, for the next 20 years, I would go to a 10-day meditation retreat there every year. I think it had a positive impact. I too get angry like everyone else. But I will get back to normal soon. I will analyze what the problem is and start thinking about the solution. My words wont hurt anyone.

Now we have started to see movies in multiple languages. How do you think Kanam will appeal to Tamil fans and Telugu fans at the same time?

Human emotions are universal. So if the emotions of Kanam movie reaches the youth then definitely the movie will be pan indian. I know that the film will surely reach all the fans of Tamil and Telugu on the screen. A mother's affection, obstacles for youth, struggles, all these are common to all. I'm curious to see how the fans receive the movie.

Your thought about amma song...

It is a very beautiful, rare situation in the story. Such an emotional song. But it's not a sad song, it's a comforting one. This song has given life to that situation. It will linger with the fans.

We heard that you made Sweet for all the crew?

(Laughs) Yes. In the movie i played the role of a mother, and one day when I was asked, 'Ma, will you cook for us', I didn't know what to say. Can i tell them that I don't know how to cook? So I did it wholeheartedly. But it doesn't come as easy when you don't cook daily. The entire crew came home and ate the whole thing. Poor thing, everyone ate in silence. But I doubt if it actually tasted good. You just have to ask them.

How was dubbing in Tamil?

I can speak Tamil well if given as a dialogue. But when I converse normally, I think in english and translate word by word into Tamil. So it will seem slow. As telugu is my spoken language now, i mix it up with telugu words too. But while dubbing, Shree karthick was surprised. Because I will speak in Tamil first and it will be spot on. It was easier than Telugu.

Shree karthick's team's co-ordination and planning was outstanding. They got to every tiny little detail and planned it right. So it was a breeze for us actors. Hats off to their professionalism. I think it is because of this professionalism that has landed them this opportunity with Dream Warrior. Producer Prabhu comes to shoot everyday. Never shows any tension. He will share that 7 of his films are under production, 2 are about to be released, but he talks about everything without any fuss.He is a cool cat.