Sanjay S Dutt's fans wished the actor by putting out a huge cut-out picture for him on his 60th birthday. 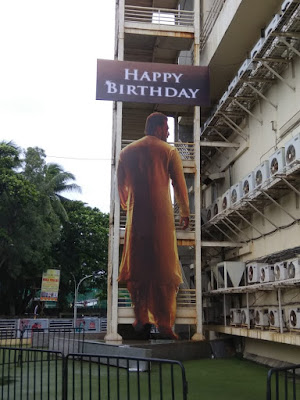