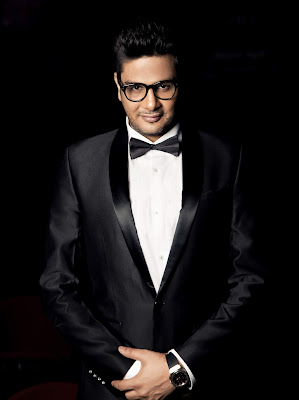 Bollywood's top Casting Director Mukesh Chhabra is all set to launch one of its kind theatre festival called ‘Khidkiyaan-Just Act’,  presented by Just Act, which is founded by Mukesh Chhabra and produced by T.C. Chhabra. It provides an opportunity for theatre lovers to join in peeping through ‘Khidkiyaan’ to celebrate the moods of the stage.
Talking about the same, an elated Mukesh Chhabra said, “I am very excited about this festival as it will provide a platform for our students who have completed their 3-month production-oriented acting workshop. These students will also get an opportunity to display their talent in the 3 plays which we would be showcasing.
Adding further he said, “These students are very talented and it would be my pleasure to give them a platform to showcase their skills in front of a live audience. This will also help them gain immense exposure and they can help them carve a niche for themselves.”
The 4-day festival kick-starts on 26th September with Khidkiyaan Kala Samman presented to Manoj Bajpayee for his achievements followed by a play titled ‘Khoobsurat Bala’ which is directed by Imtiaz Ahmed. Each day there would be a brand new play which the audiences can enjoy. ‘Ulatbaansi ’ directed by Hemant Pandey will be on 27th September, followed by ‘The Last Salute’ directed by Arvind Gaur on 28th September. ‘The Last Salute’ will also be presented by the legendary Mahesh Bhatt and the last play ‘Chainpur Ki Dastan’ by N.K. Pant will be held on 29th September.
The festival will also include short films screenings, a musical evening, street plays, poetry performances and interactive sessions with eminent personalities.
In the ever-growing era of film and digital content, this is an initiative to keep the spirit of Theatre alive. It is a 4-day festival open to one and all free of charge.
Posted by PadmaSabari at 03:51