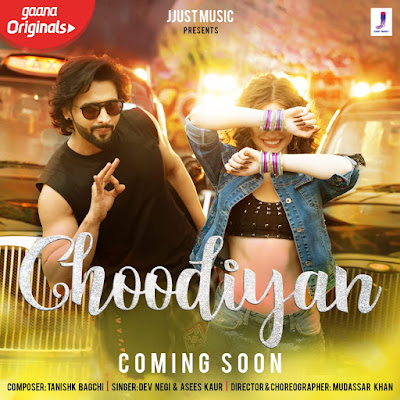 
Exactly after a year of giving the biggest hit of 2018 ‘Kamariya’, Jackky Bhagnani is back with another festive number titled ‘Choodiyan’.  It would be the third song to be released under Jjust Music label after the roaring success of ‘Prada’ and ‘Tadka Rava’.

Composed by Tanishk Bagchi, ‘Choodiyan’ will showcase Jackky’s dazzling dancing skills. The upcoming dance number is a perfect blend of tradition and modern music which will have the whole nation dancing to his tunes.

With the festive season coming up, we are sure the song is going to be played everywhere and will be topping the charts.
Posted by PadmaSabari at 07:27