Actor Bose Venkat is high spirited and greatly rejoicing over the decorous reception for the first look of his forthcoming film “Kanni Maadam” that marks his directorial debut. With actor Suriya launching the first look, which has a unique design capturing everyone’s interest, the actor says, “If not for the great hearted gesture of Suriya sir, this would have not been possible. I am really thankful for his support towards the film by launching the first look.  I am also happy about the way, people have received it. I thank each and every Netizen, press and media for making the first look gain a good reach. Kanni Maadam is based on some of the real life incidents, which I encountered during my initial days in Chennai as auto-rickshaw driver. To be more precise, this is purely inspired from the incidents that happened at my neighbor’s home.” 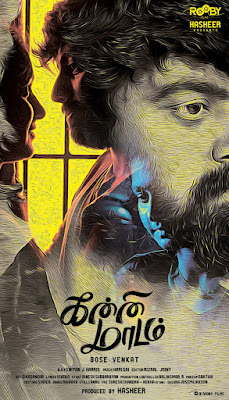 On briefing about the significance of title and its relevance to the film, Bose Venkat says, “As I have already mentioned, one among the inspirations is drawn from Sandilyan’s novel with the same name that centers on impenetrable fortress for women. In another context, Kanni Maadam is observed as a memorial place, where people light lamps in remembrance of their family members and close ones, who have passed away. In some localities, it is a place where girls are forced to stay inside after they attain puberty.”

Featuring newcomers Sriram and Gayathri in lead roles, Kanni Maadam has Aadukalam Murugadass, Gajaraj, Valeena Princes, Vishnu Ramasamy and Super Good Subramani appearing in important roles. Bankrolled by Hasheer for Rooby Films, the film is shot across Mettu Kuppam, Vijayaraghava Puram and Choolaimedu in Chennai. The musical score by Hari Sai has lots of surprise baggage that includes Robo Shankar rendering his voice for a song followed by big names like Antony Dasan and few others. Harris J Iniyan (Cinematography), Rishal Jaini (Editor), Siva Shankar (Art), Viveka (Lyrics) and Dinesh Subbarayan (Choreographer) are the others in the technical crew.