IT professional by the day, and a stand-up comedian by the evening, Mayandi Karunanithi has always dreamt of making it big in the comedy industry. Based out of Bangalore, slowly and steadily, Mayandi is taking a step forward towards his goal. Having performed over 300 shows since November 2014 in various cities such as Chennai, Coimbatore, Hyderabad, and, of course, Bangalore. He has even made people laugh at various corporate events, college festivals, public shows and even private parties. This IT professional who also performs stand-up shows, Mayandi is actually a very lazy guy. He is currently writing a book titled ‘ Stop Procrastination and Work Hard Right Now’, which he plans to publish by the year 2055. For now, he is all set to make people laugh on Amazon Prime Video’s Comicstaan Comedy Semma Pa.

Yogesh Jagannathan, also known as ‘Yogi’ among his friends, is a very hardworking guy. Apparently, he travels around four hours every day, taking a 70kms long journey, to an open mic. Clearly, the comic life is tough. Anyway, at the open mic, he performs for about four minutes, for less than four people, and gets slightly less than one laugh. Well, and that’s his daily routine. He travels by train, bus, shared autos, and then walks while listening to high tempo heroic songs, imagining how well he will do, but returns back listening to sad songs on the way home after a bad performance. Considering how famous he is and the number of people who know about him, there was no other choice than to let him write this about himself. Can he impress the judges and audience at Comicstaan Comedy Semma Pa? Watch it on Amazon Prime Video from 11 September. 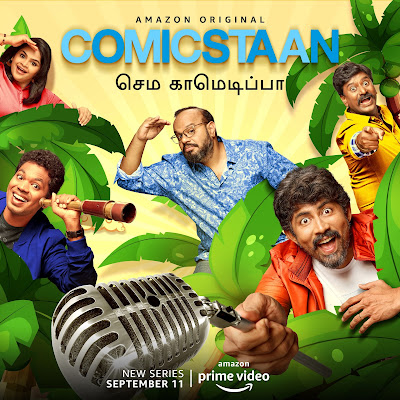 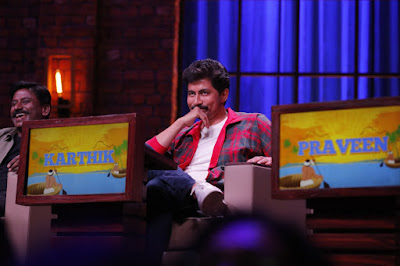 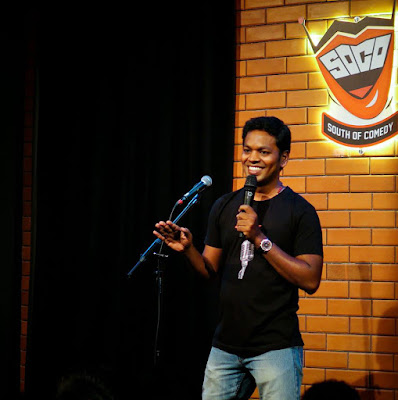 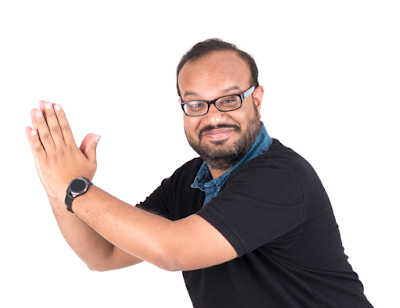 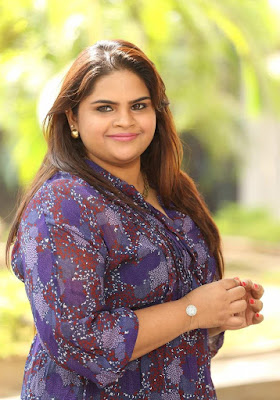 Fangirling over Karthik Kumar, SA Aravind and Bhargav Ramakrishnan, Syama Harini decided to become a stand-up comic after watching quite a few live shows of these comedians in Chennai. She took the mic as that was the only she would be heard through her rants, otherwise people had stopped listening to her. Syama has performed across cafes, pubs and now at the comedy clubs in Chennai. She has also performed an opening act for SaiKiran. She now wants to try Telugu stand-up soon as performing in her mother tongue seems easier to her. Oh, and she has also been a part of theatre and enjoys it to the core. Watch her as she makes people go ROFL on Amazon Prime Video’s Comicstaan Comedy Semma Pa.

One of the popular names in the list, Abhishek Kumar, popularly known as Becky, is a professional stand-up comedian, actor, and a theatre trainer. Based out of Chennai, Abhishek is known for his high energy acts, physical humor, and clean family-friendly content. Abhishek’s first ever show was by accident, as one of the comedians in the lineup couldn’t attend and was thus replaced by him. Since that 15-minute spot, Abhishek has performed over 100 stand-up shows. He has also been a part of web series, professional plays as well as TV commercials. Becky has also opened for big names like Arvind SA, KK, Praveen Kumar, Naveen Richard, Azeem Bannatwala, Sonali Thakker, and Abish Mathew, etc. Rumor has it that Abishek is the next big thing in the comedy scene; also, he is known to spread a lot of rumors. All set to perform on Amazon Prime Video’s Comicstaan Comedy Semma Pa, Abhishek is one of the promising contestants on the show.

Karthigeyan Durai, a.k.a. K.D., is one of the funniest men from Avadi, Chennai. Having performed regularly in Chennai, K.D. has opened for some of the biggest names in the circuit. He has also been voted as the  ‘Most Handsome’ and the ‘Funniest Comic’ five years in a row by his mom, who has never watched his shows, not even his rehearsals. K.D.draws on experiences, mostly from his life in the form of observational storytelling humor, which is very relatable for most of the audiences and sometimes even to unborn children. Yep, such a talented man he is! Watch him show off his skills only on Amazon Prime Video’s Comicstaan Comedy Semma Pa.

Annamalai Lakshmanan, a.k.a. Mala, is the first Tamil language stand-up comedian in organized forms of stand-up comedy. He has performed at open mics, public shows, private shows, et al. He also has a rare proficiency in multiple languages-- Tamil, English, and comedy (third one is a joke). Annamalai, started his career as a writer but is now blossoming into a full-fledged performer as well. There are many things that keep changing in his life, but the one thing that is always constant is his love for people,languages, and cultures. Get ready to see him on Amazon Prime Video’s Comicstaan Comedy Semma Pa as he tickles our funny bones.