Colors Tamil, the youngest GEC of Tamil Nadu, unveils the second promo of its brand-new fiction show Abhi Tailor. Renowned for its exquisite line-up of fiction shows and striking content, the channel brings in yet another surprise for its audience by roping in popular actor / comedian Badava Gopi, who is set to play a pivotal role in the show. The promo will be aired today and will definitely galvanize its viewers with its poignant spark and its strong emotional quotient. 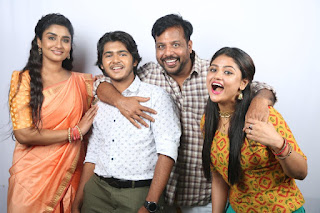 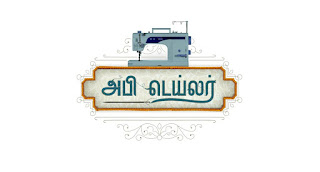 The engaging promo offers a quick glimpse into the modest world of Abhirami (the protagonist of the show - played by Reshma Muralidharan) and her family. Introducing Abhirami's father, Sundaramoorthy (played by Badava Gopi), the promo also gives us a glimpse of other characters in the show namely Anandhi (played by Jayashri), the younger sister of Abhi and younger brother Aravind (played by Sanjay Raja). The promo of Abhi Tailor is definitely set to captivate its viewers with some beautiful and delightful moments to think and resonate. Get ready to say hello to Abhi’s family.

Watch the promo at – (YouTube/Social Media link) to catch a sneak peek of the story, which is set to entertain and enthral its audience throughout the week. Colors Tamil is available on all leading cable networks and DTH platforms - Sun Direct (CH NO 128), Tata Sky (CHN NO1515), Airtel (CHN NO 763), Dish TV (CHN NO 1808) and Videocon D2H (CHN NO 553). Viewers can also tune in to VOOT any time to see them at their convenience.