Prabha Khaitan Foundations Kitaab series hosts the launch of Jairam Ramesh’s new book The Light of Asia on 26th June, Saturday at 6 PM. The chief guest for the event is Gopalkrishna Gandhi, a prominent politician and former diplomat.

Jairam Ramesh launches his book The Light of Asia. He is a present Member of Parliament and Chairman of the Parliamentary Standing Committee on Science & Technology, Environment & Forests and Climate Change. Jairam Ramesh has also served as a Union Minister between 2006 and 2014. 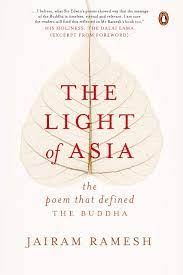 Prabha Khaitan Foundation is dedicated to all round development of social, cultural, welfare and humanitarian aspects of Indian society. It is a non-profit trust founded by Late Dr Prabha Khaitan - an eminent litterateur, philanthropist, social worker, and industrialist. Based in Kolkata, the organization promotes art, culture and literature of India and is engaged in many welfare activities with its associates for children, women and the elderly. The organization collaborates with caregivers, committed individuals and like-minded institutions to implement various cultural, educational, literary and social welfare projects in the country. The objective of the foundation is to create an enabling structure and promote networking so that communities engage with each other to build up positive self-esteem, inspire creativity and promote culture & knowledge.

The event is being held on Zoom digital platform