After a phenomenal response for ‘Maayon’s Title Track’, a Mythological Thriller, the buoyant makers are ready to release their next song “Krishna Bhajan – Sinagra Madhana Mohana” at the early hours of the Auspicious day of Pongal/Makar Sankranti.

Written (Screenplay) and produced on behalf of Double Meaning Productions by Arun Mozhi Manickam, the movie is directed by a debutant filmmaker N Kishore. Sibiraj and Tanya Ravichandran play the lead role. Music is by the Maestro Ilaiyaraaja. 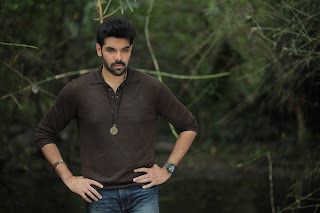 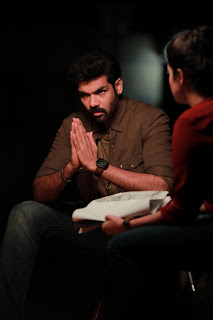 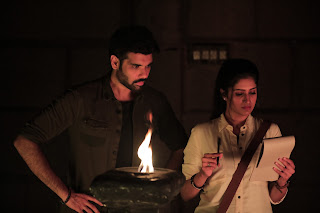 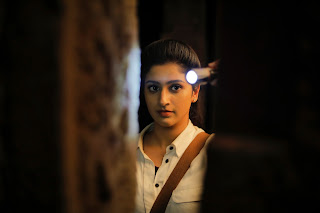 The Maayon’s Title track, which was released bilingually in Tamil and Telugu, was lauded, and appreciated by music-lovers everywhere. Now ‘The Kishna Bhajan’ written and tuned by Ilaiyaraja is crooned by Srinidhi Sriprakash. Set in the form of Namasankeerthanam in praise of Lord Krishna, it gives a blissful joyous experience to hear and will make everyone elated to sing and dance together. The Maayon team decided to share this joyous song on Pongal/Makar Sankranti, is an added sweet treat for all and will be the proverbial icing on the cake for the Festive season.

The first single ‘Maayon’s Title track’ crossed over one and half million views in a short span. Similarly, the Krishna Bhajan will hypnotise and exhilarate music lovers Universally, irrespective of their language.

After ‘Mukunda Mukunda’ in Dasavatharam, the ‘Singara Madhana Mohana’ will be yet another tribute and decorated jewel added in Lord krishna’s crown forever.