Ramgopal Varma & Isha Koppikar are back together after 10 years for

Ramgopal Varma & Isha Koppikar are back together after 10 years for MX Original Series, Dhahanam

Making a splash together after almost a decade, the famous duo Ramgopal Varma and Isha Koppikar are back with an MX original series, Dhahanam. The show that made headlines with the launch of the trailer, is now one of the most-awaited crime thrillers of the season. The MX Original series stars Isha Koppikar, Naina Ganguly, Abhishek Duhan, Abhilash Chaudhary, Sayaji Shinde, Ashwatkanth Sharma, Parvathy Arun and Pradeep Rawat among others. Known for his real-life portrayals and strong content, Ramgopal Varma tops the chart in narrating spine-chilling stories that have always kept viewers at the edge of their seats. Having worked on multiple projects together, Varma and Isha Koppikar are back together to create another best-seller with Dhahanam. 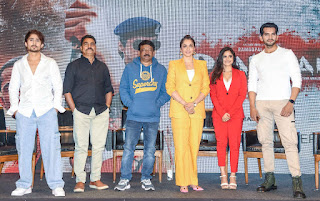 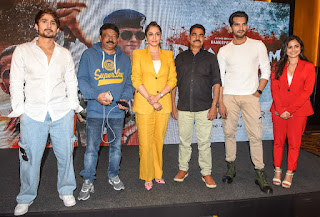 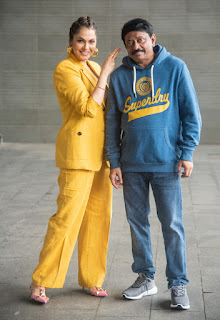 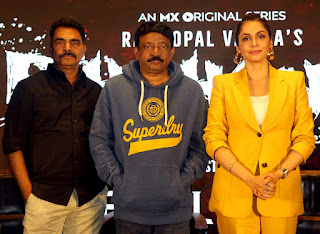 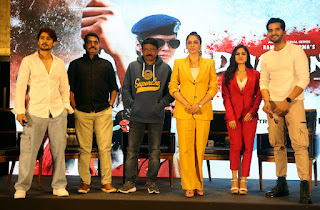 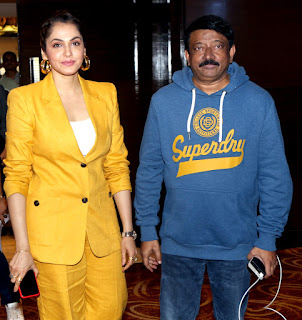 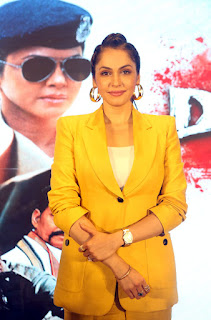 Isha Koppikar once again adorns the cop avatar. Her character Anjana Sinha works hard to find culprits and brings peace to the chaotic hinterland village, and she is also the sutradhar of the series.

Actress Naina Ganguly who plays the role of Pavani, has worked in many Bengali and South films and has shown immense versatility as she plays the revenge-seeking Naxalite in Dhahanam. Actor Abhishek Duhan, the powerhouse of talent seems to have nailed his role, ‘Hari’ in Dhahanam. He is surely going to be noticed for his raw and rustic performance by the audience. While Actor Abhilash Chaudhary who has made a huge fanbase for himself, is seen playing a hardcore negative character which is completely opposite to his real-life personality. Renowned actor Sayaji Shinde will be seen in Dhahanam playing the role of Chenna Reddy.

Talking about the much-anticipated show, producer Ramgopal Varma said, “I'm pleased to announce my first OTT series with MX Player, Dhahanam. The story runs in a grey area between two contradictory quotes, ‘An eye for an eye will only succeed in making the whole world blind’ said by Mahatma Gandhi, and ‘Revenge is the purest emotion,’ as quoted in Mahabharata. Dhahanam tells not a story of just revenge, but the story of a circle of revenge. It’s not a crime thriller but it’s about thrilling crimes which are designed to create an adrenaline pumping exhilaration. With this show, we have not gone one extra mile, but went many miles ahead with intense method actors living in their roles to do justice to the story’s violent demands. Our entire team is eagerly waiting to see the audience’s reaction.”

Commenting on her daring and dynamic avatar, Isha Koppikar said, “It’s a proud feeling to be able to don the uniform on screen. It comes with a great sense of responsibility and belief. The officers in uniform work tirelessly every day and face a great number of challenges so we all can be safe and at ease. I appreciate all the hard work they put in, and for that I am grateful for them and to be able to portray them on screen. Having said that, I am excited to play Anjana Sinha in Dhahanam who works hard to find culprits and brings peace to the chaotic hinterland village. This role really brought out the best in me as an actor and a woman and am thrilled to be associated with Ramgopal Varma’s project.”

Actress Naina Ganguly said, “It has always been a pleasure to work with Ramgopal Varma Sir.  His teachings on the set have been an enriching experience. Dhahanam is yet another opportunity for me to work closely with my mentor. The character I have played in Dhahanam has been my most challenging work so far. I do look forward to the audience’s reaction to it.”

Actor Abhishek Duhan commented, “My character ‘Hari’ is a rebel (Naxalite) who is on the lookout for his father's murderer. In this series, my character not only takes revenge for the father but also aims to support oppressed people who have no one to stand for them. This whole journey has been a beautiful experience and I can’t wait to see what the audience has to say on it. I really want to thank the entire team that made this possible.”

Actor Abhilash Chaudhary said, “I am excited for the release of Dhahanam. I have worked earlier for Ramgopal Varma Sir’s projects. My experience of working with him has always been fun learning. I am eager to witness the release and the audience’s reaction for Dhahanam.”

Actor Sayaji Shinde says, “Having previously worked with Ramgopal Varma, I can be sure that the thrill that he adds to his content is second to none. It’s always an enriching experience working and learning from him. In Dhahanam, I am playing the role of Chenna Reddy. Dhahanam being a raw story, my character is too real. I hope that the audience appreciates my work and enjoys watching the series.”

Dhahanam is a crime thriller about a son avenging his father’s death. Set against the backdrop of a burning desire for revenge, bloodshed and oppression, the show is produced by Ramgopal Varma and directed by Agasthya Manju. Stars like Isha Koppikar, Naina Ganguly, Abhishek Duhan, Ashwatkanth Sharma, Parvathy Arun, Sayaji Shinde, Abhilash Chaudhary and Pradeep Rawat will be seen in pivotal roles. Originally made in Telugu, the show is also dubbed in Hindi and Tamil.

Stay connected with us on:

MX Player is India’s largest growing OTT platform today with a large and diverse audience base in India as well as a global reach of 17+ markets including UAE, US, Canada, UK, Australia, New Zealand, Bangladesh, Nepal, Afghanistan, Srilanka and Maldives amongst others. It currently operates on an ad supported model and with a keen understanding of the pulse of the audience, it has recently had several record-breaking shows across genres like Bhaukaal, Aashram, Matsya Kaand, High, Samantar and Campus Diaries. It is also the only OTT platform to deploy H.266 technology that cuts down video streaming data consumption into half. According to the App Annie State of Mobile Report 2022 - MX Player ranks #2 in India and at #6 Worldwide in terms of the Downloads in Video Streaming.

Posted by PadmaSabari at 15:29
Email ThisBlogThis!Share to TwitterShare to FacebookShare to Pinterest