One of the leading production houses in the South, KVN Productions unveiled the grand title

One of the leading production houses in the South, KVN Productions unveiled the grand title teaser of their next project, #KD- The Devil, in a grand way in Bangalore!

2022 marks the year of the South. The Kannada Film Industry has come out as a powerful force to reckon with in the past 10 months. From KGF 2 to Charlie 777 and Vikrant Rona to the most recent, Kantara, it has been one blockbuster hit after another. In 2022 itself, Kannada films have cemented themselves as the largest industry in India as their joint collections of 5 films surpasses, 1851 Crores!

KVN Productions has been at the forefront of the industry with back to back hit projects. Their 4th project was announced in a grand way in bangalore.  For the first time ever, a Pan Indian movie, KD-The Devil, that was conceptualised in Karnataka, was unveiled amidst the actors, producer, and director of the project. 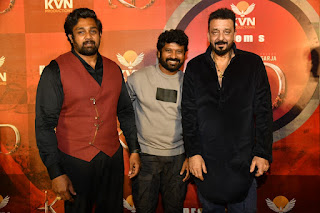 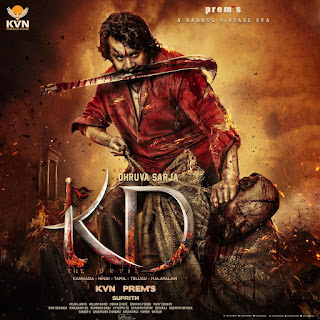 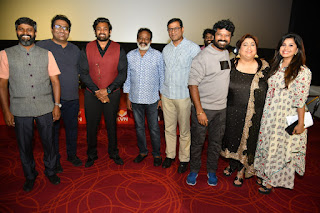 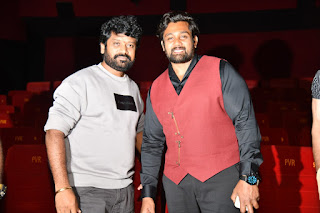 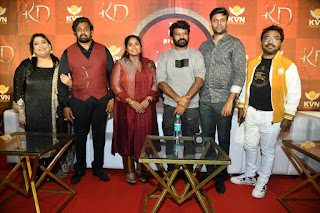 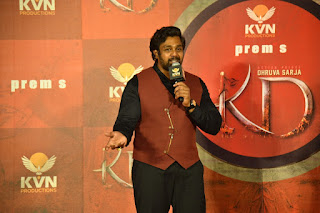 The specialty of KD Title Teaser is that it is voiced by Superstars from Kannada, Hindi, Telugu, Tamil and Malayalam film industry. Director Prem has himself voiced the Kannada version, while Sanjay Dutt, Vijay Sethupathi and Mohanlal have voiced the Hindi, Tamil and Malayalam versions respectively. This is a feat that hasn’t been achieved in the Indian Film Industry before. The action part title teaser launch sets its own benchmark as it marks the maiden Pan India project from the Kannada Film Industry. With powerful visuals and music, it sets the pace for #KD-The Devil!

Speaking at the event, Director Prem said, "Wherever good exists, bad exists too. For example, when Rama existed, Ravana existed too. The film has similar lines. The film is not only a bloody gory story but it has a romantic and moral line to it. This film is entirely different from KGF and Pushpa."

Hero Dhruva Sarja said ,"Sanjay Dutt is a legendary actor. The KD teaser might be visually strong but it caters to the family audience. I'm confident about KD and the verdict will be delivered by the audience."

Sanjay Dutt said, "I’m really looking forward and I wish the team all the best and KVN Productions. I feel I'm going to work more in South Indian films so thankyou again Prem sir and KVN Productions and everybody and please enjoy the teaser!"

Rakshitha (Actress / Director Prem's Wife) said, "The event wouldn't be complete without Sanjay Dutt sir. The support of Mr. Anil Thadani is immense. This film will be a new beginning for Dhruva Sarja."

Suprith, Head - Business and Operations, KVN Productions, said, "The film is high on content. Prem sir has been thinking in a very big manner for this project. Prem sir has a knack for creating a huge craze for every project that he works on. We couldn't have asked for a more dedicated actor than Dhruva Sarja."

The Title Teaser offers a glimpse into the vintage world that is showcased in KD – The Devil. The teaser showcases the first look of the notorious ‘Kaali’, played by Action Prince Dhruva Sarja. The Title Teaser features a violent setup with adrenaline pumping action. The Teaser received enormous response across all the languages the moment it was launched!

Posted by PadmaSabari at 08:14
Email ThisBlogThis!Share to TwitterShare to FacebookShare to Pinterest