Lyca Productions Subaskaran’s upcoming movie ‘Raangi’ starring Trisha as the lead character is all set for the worldwide theatrical release on December 30, 2022. The entire team was present for the pre-release event to interact with the press and media channels.

Here are some excerpts from the occasion…. 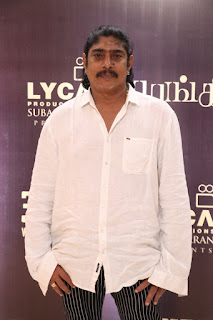 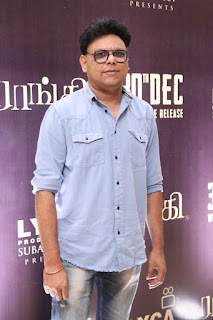 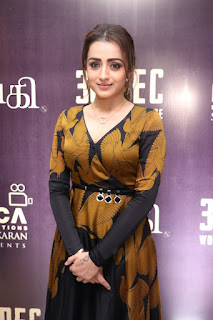 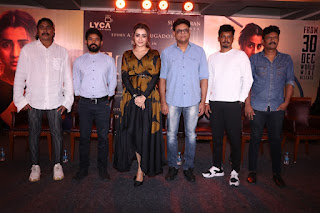 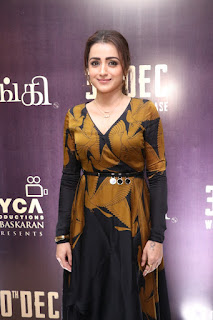 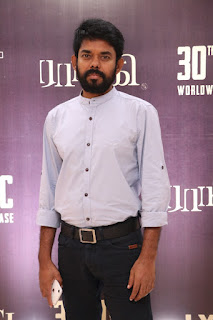 Actress Trisha said, “I am thankful to Lyca Productions Subaskaran sir as well as Mr.Tamil Kumaran Head Of Lyca for materializing this project. Being a heroine-centric film, there weren’t any restrictions, and the production value is so grand for this film, which was made without any compromises. Especially, to film the project in a location like Uzbekistan was a huge challenge. Usually, foreign locations like Europe and London would be user-friendly for shooting films, but Uzbekistan was completely different.  The entire team was supportive and proficiently perfect. We as a team waited nearly for a couple of years for this big day of release. As an actress, my job gets over with the shooting, but it’s the technical team that keeps shaping the film for the best. Last week, I saw the final output, and am glad that I am a part of this great project. We didn’t want the film to be something like a superwoman flick, but a natural one. Be it the performance of action sequences, director Saravanan sir wanted to keep it natural. We are banking our hopes on the audiences that they will watch and appreciate our efforts for this project. Sakthi sir has done great cinematography for this movie, and the songs by Sathya sir are an additional attraction to this movie. I am very blessed as this year has been so special. It started well and is ending well for me.”

Director Saravanan said, “I thank Lyca Productions Subaskaran sir, Tamil Kumaran sir, and AR Murugadoss sir for making this project happen. It was AR Murugadoss sir, who first got approval for this project with his story narrated to Lyca Productions. Later, I started developing this project with screenwriting. Trisha ma’am has been a great support for this film. On Day 1, I was a little doubtful about how I am going to get the work done from her. But to my surprise, she was so supportive and friendly on the sets. My technicians are people of few words. They have done fabulous work for this movie. Stunt Master Rajashekar sir has been a great pillar for this movie. Cinematographer Sakthi has captured the visuals extraordinarily, and it is very much evident with the visual promos themselves. We wanted to approach this movie as a World Cinema from Day 1, and I am glad that we have managed to pull it off as we visualized. We kept reworking the film as we didn’t have anything to do during the pandemic lockdown. We completed the editing initially with a linear pattern, and later re-edited for a non-linear screenplay, and it’s completely fresh for us from what we had done earlier. I thank Sathya sir for the wonderful music, and we will continue to work on many projects together in the future. I once again thank Lyca Productions for their wonderful support.”

Music director C Sathya said, “This is my fourth movie with Saravanan and we are really happy to be working together over and again. Whenever I compose a song, I ask Saravanan to write the dummy lyrics, and it sounds really good. It has become a ritual process from our Engeyum Eppodhum to this movie. Most of our re-recording work happened during the Lockdown. Since the movie is set against the backdrops of Libya, it gave me more scope to explore the musical zones that I hadn’t done before. We have got a couple of music artists from Israel, who have rendered an Arabic song in this movie. Raangi will offer a great theatrical experience for everyone in the theaters.”

Cinematographer Sakthivel said, “The entire process of shooting Raangi was challenging and enjoyable at the same time. Director Saravanan sir’s clarity was supportive in helping the entire project shape up without any hassles. Trisha ma’am has done a fantabulous performance in this movie. I thank the entire team and Lyca Productions for the wonderful support.”

Stunt master Raja Sekar said, “It’s been a lovely experience to work with this team of Raangi. Actress Trisha ma’am’s dedication to this movie is extraordinary and beyond brilliance. Especially her stunt works are going to be one of the best highlights in this movie. Saravanan sir has made this movie with an International touch, and it will be appreciated by all. I request you all to watch this movie and extend your support.”

Posted by PadmaSabari at 00:28
Email ThisBlogThis!Share to TwitterShare to FacebookShare to Pinterest