An Intense Heart-touching film - "Koduvaa" First Look is out now!!

An Intense Heart-touching film - "Koduvaa" First Look is out now!!! 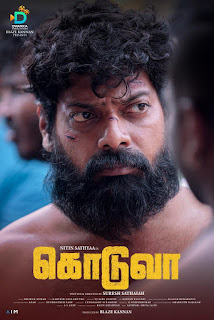 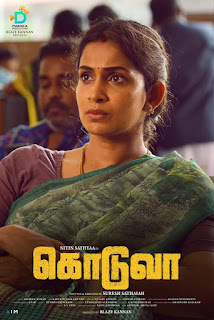 Actor NitinSathyaa grabbed everyone’s attention with his realistic performance in Chennai 600028 and continued to impress the fans with good projects. Following Chennai 600028 II, he is now playing the lead character in the film ‘Koduvaa’. The story is about a youngster’s life at a shrimp farm in Ramanathapuram, interwoven with romance, family, conflicts, and revenge, which are well-knit together as an entertaining package.

Filmmaker Suresh Sathaiah has crafted this film with a riveting screenplay that will engage audiences from all walks of life. The crew has shot the entire film across the real locations of shrimp farms in and around the Ramanathapuram district. Actor NitinSathyaa plays the lead role in this movie. He underwent training at Shrimp farms to give a native and natural look to his respective character in this movie. Samyuktha Shanmuganathan Plays the Female Lead.

The film’s title teaser was revealed by Yuvan Shankar Raja on December 29, 2022, and the first look poster unveiled by GV Prakash & Aishwarya Rajesh today (December 30, 2022) have received a fantabulous response from the fans.

With the film’s shoot already wrapped up, the post production work is briskly nearing completion. The official announcement about the film’s trailer and the audio launch will be made by the production house soon.

Posted by PadmaSabari at 02:44
Email ThisBlogThis!Share to TwitterShare to FacebookShare to Pinterest