*Bringing 100 musicians together, Simon King decodes the beautiful fusion of local Tamil choir and the Budapest orchestra for the background music of Vadhandhi- The Fable of Velonie*

A musical fusion like never before! Background score plays an extremely crucial role in a thriller film or series, with the power to elevate the twists and turns, making it even more exciting. Prime Video’s Tamil Original series- ‘Vadhandhi – The Fable of Velonie’, has music director Simon King to credit for the one-of-a-kind title track that amplifies the pivotal seat-jumping moments in the series even more. 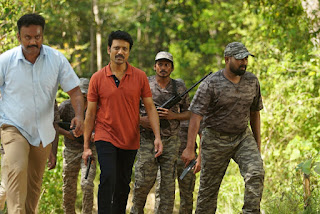 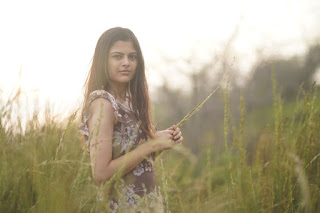 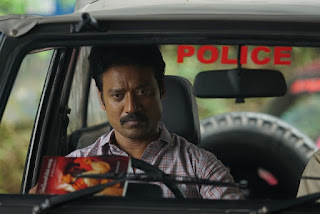 Sung by 40 singers, the title track is an unprecedented blend of 17th and 18th century inspired local Tamil choir with the revered Budapest orchestra, as Simon King brought together 100 musicians from around the world.

Sharing his process of composing music for the series, Simon King said, “When we decided that we are going for choral music and choral arrangements, the first challenge was to get a good choir. There were a lot of voices needed, and they should be able to pronounce and sing perfectly. Mr. Ku Karthik, our lyricist, used ancient Tamil literature text to write the lyrics in a very old Tamil dialect which a lot of current Tamilians wouldn't recognize because it goes way back in time. So, the words have to be pronounced in the right way, and Mr. Augustine Paul, the conductor of Chennai Coral, had around 47 voices that we recorded with an old Tamil dialect along with proper Western classical singing. As soon as they started singing, Andrew and I knew that we were on the right path.”

Simon further added, “The next challenge was to choose an orchestra, which we were able to find thanks to my friend from Slovakia whom I met during my visit to Budapest. We were blown away with their performances that we decided to record the track with the Budapest Orchestra in Hungary itself, which was such a wonderful experience. I was actually so moved to see my music come alive in that iconic Builder Hall where we recorded it, making it a surreal moment for me.”

But it is not just the title track, Simon has additionally orchestrated theme tracks for key individual characters, and also pivotal moments in the storyline.

Produced by Pushkar and Gayatri under the banner of Wallwatcher Films, and created by Andrew Louis, the Amazon Original Tamil Original series ‘Vadhandhi: The Fable of Velonie’, takes the audience into the world of young and beautiful Velonie (played by Sanjana), whose murder investigation is riddled with rumours; and a troubled but determined cop, (played by S.J. Suryah), hell-bent on finding the truth. The series also features a stellar ensemble cast including Laila, M. Nasser, Vivek Prasanna, Kumaran Thangarajan, and Smruthi Venkat in pivotal roles.

Posted by PadmaSabari at 21:56
Email ThisBlogThis!Share to TwitterShare to FacebookShare to Pinterest