Everything about RS Infotainment Elred Kumar’s upcoming production ‘Viduthalai Part 1 & Viduthalai Part 2’ has created inevitable ripples of sensation. Crafted by iconic filmmaker Vetrimaaran, one of the well-esteemed emblems of Tamil Cinema to the prodigious star cast comprising Vijay Sethupathi, Soori, and many others, followed by the absolute Musical Gold Touch of Maestro Isaignani Ilaiyaraaja, the ‘Viduthalai’ franchise has been the talk of the town. 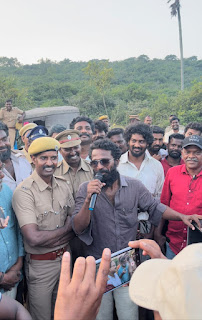 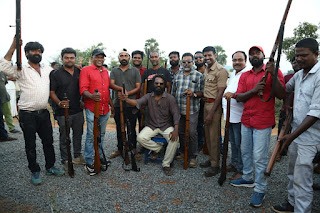 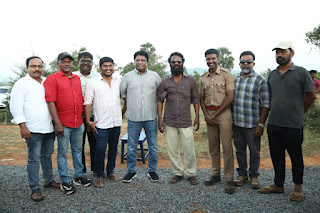 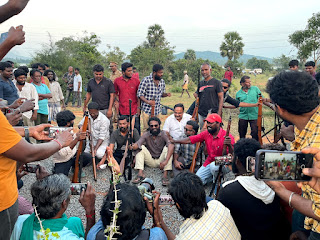 The makers are elated to announce that the shooting of both ‘Viduthalai Part 1 & Viduthalai Part 2’, are wrapped up successfully. Currently, the post production work of Viduthalai Part 1 is briskly proceeding toward completion, and the official announcement about the film’s worldwide theatrical release will be out shortly.

As confirmed earlier by producer Elred Kumar of RS Infotainment, the film Vidhuthalai Part 1 & 2 will have a release in Tamil, Telugu, Malayalam, and Kannada.

Viduthalai Part 1 & 2, presented by Red Giant Movies , will have the official word on the audio, trailer, and theatrical release dates revealed soon.

Viduthalai is constantly stealing the spotlights for its grandeur. From the gigantic and realistic set works to the visually captivating locations, the team has been involved in scrutinizing efforts to nurture this project.

Posted by PadmaSabari at 08:36
Email ThisBlogThis!Share to TwitterShare to FacebookShare to Pinterest