Actor Vijay Antony with a consistent success rate has become the most popular and high-in-demand artiste at the box office. The producers, distributors, and exhibitors have acknowledged him as the most commendable and profitable star for his movies drawing audiences across all age groups to the theaters. With his lineup of movies for the year 2023 looking promising, the expectations have sky-rocketed for his directorial debut ‘Pichaikkaran 2’.  The grand success of  Pichaikkaran beyond the boundaries elevated the anticipatory levels of the new installment from the franchise.  Besides, the occurrence of the catchphrase “Anti-Bikili’ has become an additional emblazonment for the movie. 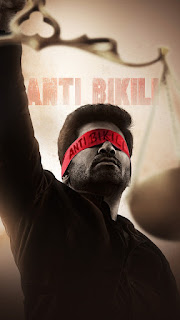 And now, the makers are elated to announce that All India Satellite and Digital rights of Pichaikkaran 2 have been acquired by Star Network.

Producer Fathima Vijay Antony of Vijay Antony Film Corporation states that the entire team is happy to have the Midas touch of an eminent brand like Star Network for this film. Updating on the film’s status, she adds the postproduction phase is nearing completion with 80% work already completed.

The current plan is to release the movie in the Summer 2023, and the official announcement on the film’s worldwide theatrical release date will be made soon.

Posted by PadmaSabari at 21:15
Email ThisBlogThis!Share to TwitterShare to FacebookShare to Pinterest