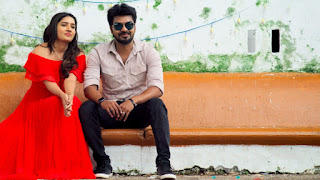 Jai Sampath adds yet another feather to his cap. This talented actor has now turned music composer with Triples song ‘Uyir Unnodu Serumo’ which was released by well-known music composer and singer Anirudh Ravichander.

With music composed by Jai, sung by Bob Sashi, and written by Archana Sabesh the song is a beautiful melancholic melody that transports two separated souls into a reminiscence of their time together.

Born in a family of musicians, music has played a very important part in Jai’s life. Talking about the song, *Jai Sampath* shares, "It was during story narration that I made the director listen to a few of my compositions at my house. He liked the tune and the compositions I had created and asked me if I could compose something for Triples. I developed my first composition and gave it to him, which was liked by the entire team. This is for the very first-time audience will get to hear my very own composition."

Ask him how excited he is, and he shares, "I am just waiting for the reactions”

The song features Jai Sampath and Vani Bhojan who will be seen debuting on digital medium with Hotstar Specials Triples.

Produced by Stone Bench Films this comedy of errors is slated for release on 11th December 2020 only on Disney+ Hotstar VIP Jai's debut single track 'Uyir Unnodu Serumo' a breezy melody that will melt down your hearts. Keep humming

#Triples from tomorrow on @DisneyplushsVIP