A stalwart of Carnatic music, M S Subbulakshmi, who was known for her divine voice, lifted our souls with her singing and enabled us to feel the presence of God.

The legendary singer's 'Sri Venkatesa Suprabatham', a morning prayer to wake up Lord Venkateshwara, was released in the year 1963. Apart from playing her immensely popular devotional prayer at the temple, the Tirumala Tirupati Devasthanam also appointed her as its 'Aasthana Vidhwan' in 1975. 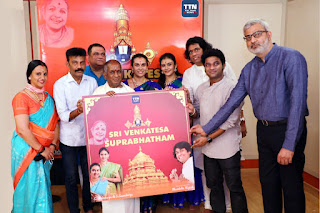 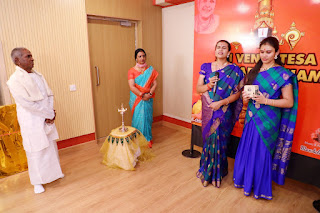 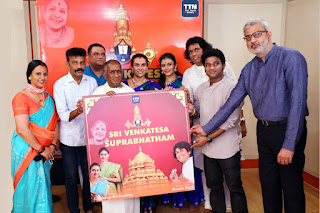 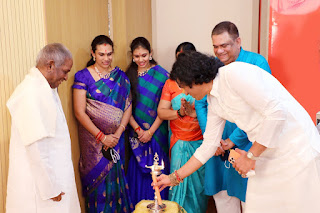 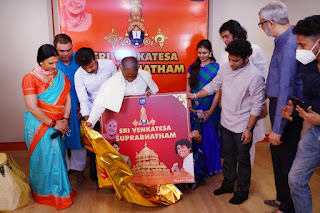 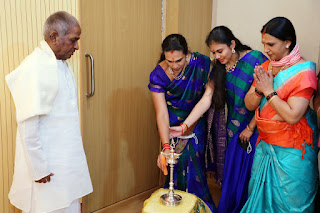 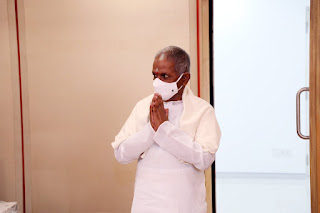 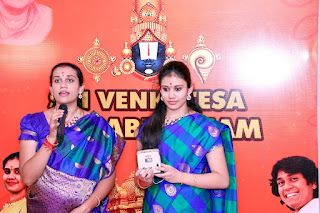 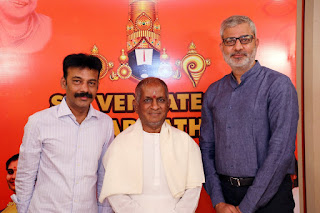 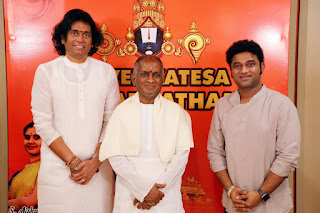 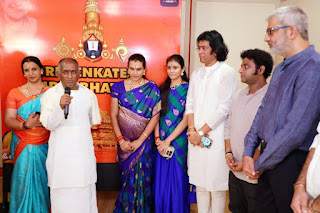 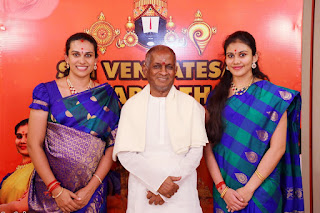 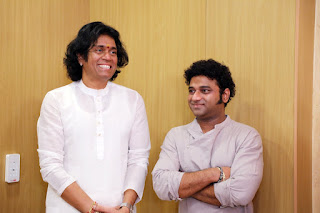 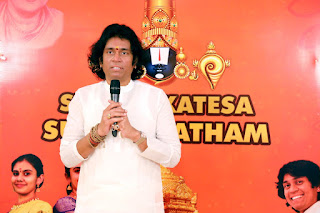 In an attempt to take this illustrious prayer that is synonymous with the legendary singer to those from this generation and from future generations, Top Tamil News YouTube Channel has embarked on a new attempt.

It has got the great granddaughters of the legend -- S Aishwarya and S Saundarya --to sing the 'Sri Venkateshwara Suprabatham' in the music of 'Mandolin' Rajesh and released it.

Already, Top Tamil News had released 'Kandha Sashti Kavasam' in the voice of Supersinger fame Priyanka, which got over 12 million views and created a record.

Speaking on the occasion, music director Ilaiyaraja said, "The great grand daughters of M S amma, who had reached the pinnacle of the music world, have sung 'Venkatesa Suprabatham', a song sung by her. Rajesh has scored music and added beauty to it.

Music director Devi Sri Prasad, who spoke on the occasion, said, "There can be no one who does not know the wonderful, 'Sri Venketasa Suprabatham' sung by M S amma. I am extremely happy that my friend and brother Rajesh has rearranged such a legendary Suprabatham. Both S Aishwarya and S Saundarya have sung beautifully.  As Isaignani Ilaiyaraja said, I believe this new version will be one of the ways to take Suprabhatham to the coming generations. I am happy to be a part of this beautiful event. I pray that this album, which has been released with the blessings of Raja sir, goes on to become a big success. Likewise, the blessings of our guru, Mandolin Srinivasan, will always be there upon us."

Singers S Aishwarya and S Saundarya said, "Today is a very special day. We are delighted that Isaignani Ilaiyaraja released the Venkatesa Suprabatham that my sister and I have sung. Mandolin Rajesh has scored the music for this Venkatesa Suprabhatham. We wish this reaches as many people as possible."

Posted by PadmaSabari at 02:10
Email ThisBlogThis!Share to TwitterShare to FacebookShare to Pinterest