The Lady Superstar Nayanthara acknowledged as the Empress of Commercial and Content-driven films is set to enthrall the audiences with her yet another exceptional work. The much-awaited ‘Connect’ released yesterday (December 22, 2022) has been flying high with the grand opening at the box office, positive reviews from critics and tremendous appreciation from audiences. The elated actress Nayanthara shares her working experience in 'Connect' and a small revisit of her 20 years of journey in the industry.

Citing about her 20 years of journey in the industry, actress Nayanthara says, “All these years of working, I earnestly wanted to be a small part of the huge film industry, and I incessantly kept working towards it. Today, I am glad that God has blessed me with a wonderful life, and these 20 years have been an amazing journey.”

Acclaimed as ‘Lady Superstar’ for the substantial reason that she revived the culture of ‘Female-Centric’ films in the industry, actress Nayanthara feels glad about it. She says, “After a certain point of time, I strongly felt that female lead actors have a minimal screen prominence even during the audio launches or movie-related promotions. It was the main reason why I didn't want to be a part of many events. So I started looking out for women-centric movies. And I  started receiving a heart-warming responses from all over the place. Looking at the current scenario, I am glad that if 10-15 hero-oriented films are happening, then at least 5-6 female-centric movies are getting materialized. I am elated that many producers are coming forward to produce such movies, and it’s great to see this trend catching up.” 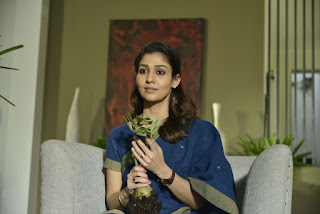 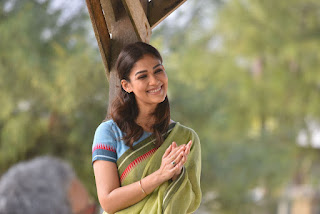 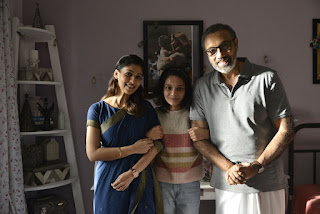 Sharing her experience of working with versatile actors like Sathyaraj and Anupam Kher in Connect, Nayanthara says, “It’s a blessing to be working with such lovely actors. Every time, I see Sathyaraj sir’s performance on the monitor, I get awe-stricken by his spellbinding performance. With the Midas-touch of Sathyaraj sir and Anupam Kher sir, Connect could achieve a better output than we had envisaged during the initial point of this project. The clarity of Ashwin Saravanan, his screenwriting, and the way he has made this film are commendable. He has exactly translated his script into visuals. With the ace technicians involved in the project, we as a team, are so happy to see that Connect has become a perfect tailor-made theatrical experience for the horror movie buffs.”

When asked about her belief in supernatural/ paranormal stuff, she replies, “I don’t believe in such elements, but get scared when alone. Honestly, I am a great fan of horror movies and used to love watching them alone a few years ago. I love the formula of the horror stories encapsulating the odds, and conflicts, and the mystery gets revealed.”

Connect is produced by Vignesh Shivan’s Rowdy Pictures and, is directed by Ashwin Saravanan (Maya, Game Over fame). The film’s Tamil and Telugu version was released worldwide yesterday (December 22, 2022) and will have its Hindi version hitting screens on December 30, 2022.

Posted by PadmaSabari at 22:58
Email ThisBlogThis!Share to TwitterShare to FacebookShare to Pinterest