The All India Inter NIT Championship was held at NIT Surathkal from 17th January to 19th January 2020. Out of the 31 existing NITs, participants from 24 of them including Nagpur, Surathkal, Calicut,
Mizoram, Jalandhar, Sikkim, Srinagar etc., participated in the tournament. The tournament was held for three days in which around 1000 players participated in match league and knockout tournaments in basketball, kabaddi and events in swimming. 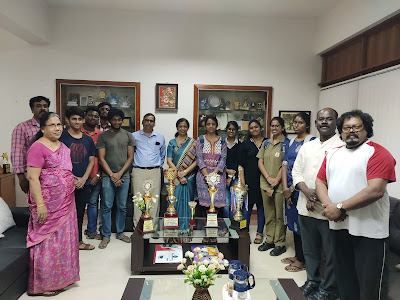