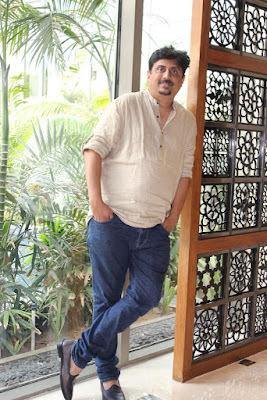 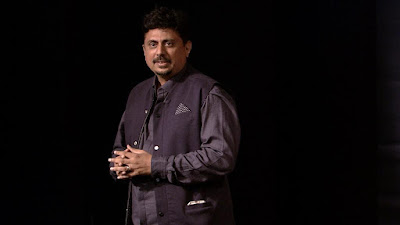 Umesh Shukla, who started his career with theatre, his first love. He has once again entered the world of drama in theatres through ‘Ek Room Rasodu’ (One-room Kitchen). The hilarious comedy drama with undercurrent strong emotions will showcase the aspirations of the upper, middle and lower middle class people and the extent to which they go to achieve it.Umesh Shukla's is known for his interesting content driven films, which always carries a message along with laughter.Jayesh Mehta, the author of Ek Room Rasodu’ (One-room Kitchen) is directed by Umesh Shukla is full of laughter and tragedy one faces in life. Produced by Saumya Joshi, Chetan Gandhi and Riddhi Nayak Shukl, One-room kitchen, whose main characters are Jayesh Barbhaya, Riddhi Nayak Shukla and Kamlesh Ojha.
Posted by PadmaSabari at 04:04