Director Pa Ranjith's next directorial venture with actor Arya is titled "Sarpatta Parambarai", where the word "parambarai" in Tamil translates to "descent". Sarpatta Parambarai is an action oriented film which revolves around the boxing culture in the North Chennai region of Tamilnadu's capital city. For people in North Chennai region, boxing as a sport is considered to be a inseparable part of their livelihood and stays close to their hearts. 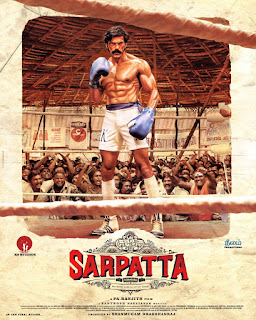 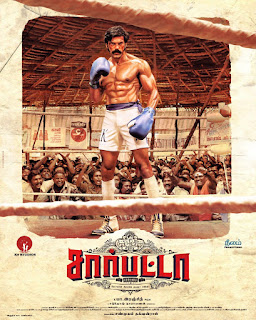 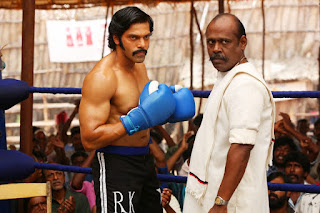 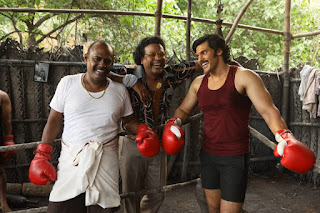 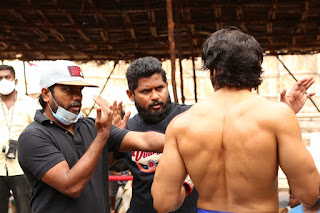 To give his best for the film, actor Arya has spent substantial time and efforts in training and body building, almost entirely transforming his looks and physical appearence. Not just Arya, but other costars in Sarpetta Parambarai also have dedicated a lot of their time and efforts to make themselves fit for a boxer's physique. The fore mentioned costars include actors John Kokken, Kalaiarasan, Santhosh Pratap and Sabeer.

Actress Tushara plays the female lead in the film, and makes her debut in the industry. Actor Pasupathi plays a pivotal role in the film, along with actors John Vijay, Kaali Venkat and Anupama. The music and background score is composed by Santhosh Narayan. Murali is the cinematographer and art director Ramalingam added life to the film with vibrant and majestic production sets. The screenplay and dialogues for the film is written by writer Thamizhprabha along with director Pa. Ranjith.

The main focus of the film is its stunt and action choreography which is taken care by national award winning duo Anbariv (Anbumani and Arivumani).

Sarpatta Parambarai first look has received a lot of applause in online and social media, and has high epectations among the South Indian audience since the arrival of its first look. While the film has reached its post producution stage, it is expected to release by the end of March 2021.