Uriyadi Vijay Kumar, who has written, directed and acted in

Uriyadi Vijay Kumar, who has written, directed and acted in Uriyadi and Uriyadi 2 and penned dialogues for Soorarai Pottru, has now begun shooting for his next film.

Belonging to the lifestyle action drama genre directed by debutant director Abbas, the film is being produced by Aditya of 'Reel Good Films'. Abbas has previously worked as an assistant director on both parts of the Uriyadi film. 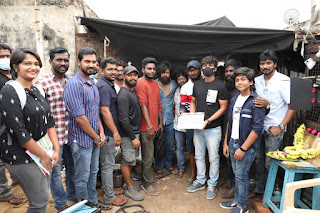 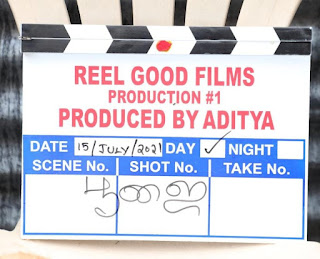 Actress Arsha makes her debut opposite Vijay Kumar. The cast includes actors Shankar Das, Avinash, Karthikeyan and many more. Leon Brito, who worked as an assistant to renowned cinematographer Ravi Varman, makes his cinematic debut with this film. Kirubakaran oversees the editing work, and Vicky, who made his film debut with Uriyadi, oversees the fight and Ezhumalai overseeing the art department

Govind Vasantha is composing the music for the film. The shooting of the film is scheduled to start in Chennai today and continue over the next three months.

Posted by PadmaSabari at 01:14
Email ThisBlogThis!Share to TwitterShare to FacebookShare to Pinterest