Krea University today announced the appointment of Nobel Laureate Dr. Esther Duflo as a Member of its Governing Council.

Dr. Esther Duflo is an economist and professor of Poverty Alleviation and Development Economics at the Massachusetts Institute of Technology (MIT). She is also Co-Founder and Co-Director at the Abdul Latif Jameel Poverty Action Lab (J-PAL).   She was awarded the 2019 Nobel Prize for Economics (the Sveriges Riksbank Prize in Economic Sciences in memory of Alfred Nobel) along with Dr. Abhijit Banerjee and Dr. Michael Kremer for developing an innovative experimental approach to alleviating global poverty. 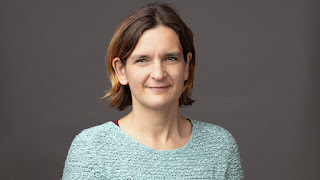 Commenting on her appointment, Dr. Esther Duflo said, “It is fair to say that we would not have received a Nobel prize had it not been for all the research we could do in India, thanks in large part to the support we received from Krea University’s sponsoring body since 2008.  I look forward to helping Krea University realize its mission to help humanity prepare for an unpredictable world.”

Recognising this appointment, Vice Chancellor of Krea University Dr. Mahesh Rangarajan stated "Professor Duflo is exceptional as a scholar, researcher and teacher not only for her outstanding work but equally so for the impact of her ideas on the larger world.  Her leadership and interventions also set a standard for scholars, policymakers and the public at large."