Presents ‘RJD The Band’ an eclectic group of

Presents ‘RJD The Band’ an eclectic group of musicians on Friday, 17th of December at RA Puram, Chennai

‘RJD the Band’ is a cover band formed with over 60 years of collective experience. The members of that band have performed or been associated with several top musical acts across the country. 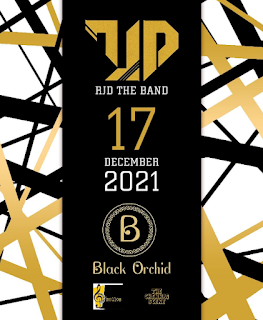 Each member of the RJD Band brings their own influences together in a melting pot of stylistic identity.

‘RJD the Band’ plays a wide variety of music spanning multiple generations and genres. So come down to Black Orchid on Friday, 17th of December to witness an eclectic group of musicians play.