Earlier in the day, top four players moved to Stepladder Round based on cumulative pinfall from 8 games in the Masters Round. Akaash Ashok Kumar of Karnataka, Dhruv Sarda of Delhi, Shabbir Dhankot of Tamil Nadu, and Prathyek Satya of Karnataka finished in the top 4 positions respectively. 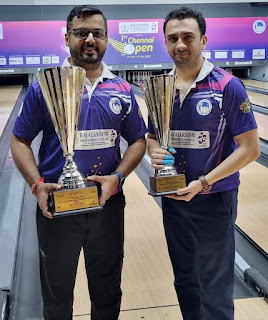 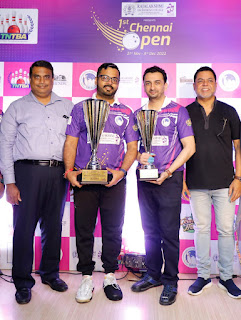 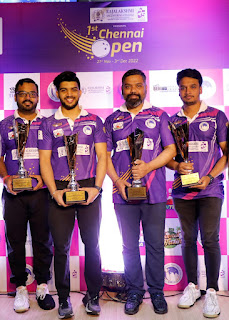 In the 1st match of Stepladder round of Open category, which is played on Challenge the Leader format, third seed Shabbir Dhankot won over fourth seed Prathyek Satya (193 – 169) and moved to next round. In the second Stepladder Round match, second seed Dhruv Sarda won against Shabbir (235 – 213) and moved to finals of the Championships.

In the Finals, top seed Akaash Ashok Kumar was flawless scoring 289 against second seed Dhruv Sarda (222) beating by 67 pins and won the title in the Open Category.

75 bowlers from 10 States participated in this Open Championships.

Posted by PadmaSabari at 23:06
Email ThisBlogThis!Share to TwitterShare to FacebookShare to Pinterest